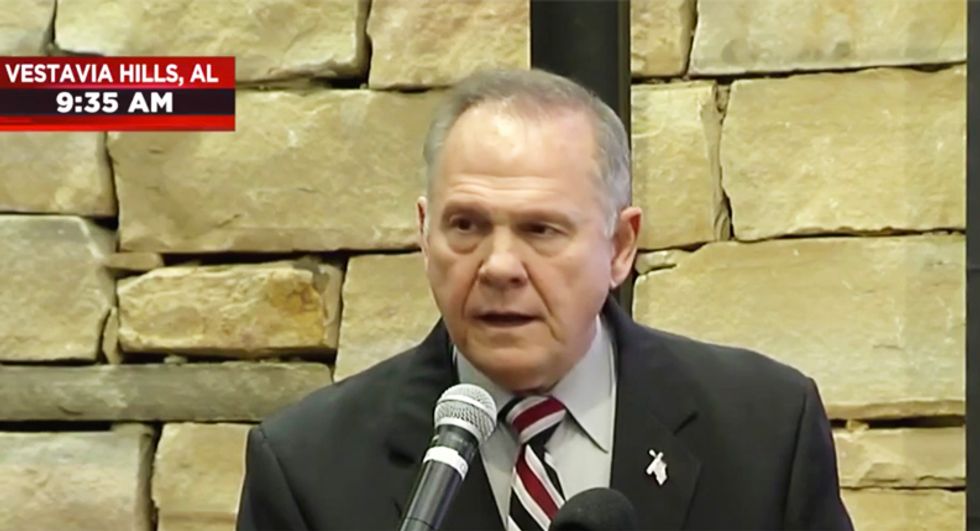 The raging controversy over Judge Roy Moore’s alleged sexual improprieties—and the resultant threat of expulsion should Alabama voters, nonetheless, send him to the Senate, brings to mind similar cases regarding the fitness of elected representatives to serve.

Instances of either the House or the Senate exercising such power are rare, but the power to do so is quite real, granted to Congress by Article 5 of the Constitution: “Each House shall be the Judge of the Elections, Returns and Qualifications of its own Members . . . . Each House may . . . with the Concurrence of two thirds, expel a Member.”

In 1909, Illinois selected Republican William “The Blond Boss” Lorimer as its United States Senator. Back then, Senators were still elected by state legislators rather than by popular vote, and when one state assemblyman alleged that Lorimer had paid him $1,000 for his vote, the United States Senate launched a full investigation into the matter. It found "that corrupt methods and practices were employed in his election, and that the election, therefore, was invalid." By a vote of 55 to 22, the Senate expelled Lorimer.

In 1918, auto maker Henry Ford faced off against Theodore Roosevelt’s former Secretary of the Navy Truman H. Newberry for an open Michigan Senate seat. The Republican Newberry narrowly bested Democrat Ford but soon faced charges of violating campaign finance laws. Along with 134 campaign aides he was indicted for breeches of state and federal election law. Found guilty in March 1920, his conviction was narrowly overturned by the Supreme Court in May 1921. In January 1922 the Senate voted 46-41 against his expulsion, but when the 1922 midterms shifted the balance of power in the Senate and retired many of his regular Republican supporters, Newberry threw in the towel and resigned that November.

Lorimer and Newberry’s cases involved violations of election law. Mississippi’s virulent racist Theodore Bilbo faced problems based not on the legitimacy of his election but on his words and actions. First elected to the Senate in 1934, he won again in 1940 and 1946. In 1947, however, the Republican-controlled Senate refused to seat Democrat Bilbo. The matter was tabled, however, as he returned home for medical treatment. He died there in August 1947.

Five House members have been expelled, the first three for disloyalty during the Civil War. In 1899 the House refused to seat Utah Democrat Brigham Henry Roberts for his practice of polygamy (the Senate in 1907 voted on refusing membership to Republican Reed Smoot because of his Mormon beliefs but, nonetheless, seated him by a 43-27 vote). In 1967, the House refused admission to Harlem Democrat Adam Clayton Powell Jr.

In February 1919 the Wilson Administration convicted Milwaukee Socialist Victor Berger of violation of the wartime Espionage Act. The House refused to seat him, but Wisconsin voters returned him to Congress in a December 1919 special election. Again, the House barred his membership, and the seat remained vacant until Republican William Stafford defeated him in the 1920 GOP landslide.

With the exception of Utah polygamy, none of the above cases involved sexual matters. That changed in 1983, when the House censured both Illinois Republican Daniel Crane and Massachusetts Democrat Gerry Studds for misbehavior regarding seventeen-year old House interns, in Crane’s case a female, in Studds’s a male. Illinois voters refused to re-elect Crane; Bay State voters re-elected Studds six more times. A similar scandal sunk Florida Republican Mark Foley’s career in 2006, his resignation arriving before any real move to censure or expel him.

In 1995, Oregon’s Republican Senator Bob Packwood faced numerous charges of sexual misconduct involving staff members and lobbyists. Senate Ethics Committee Chairman Mitch McConnell blasted Packwood’s “habitual pattern of aggressive, blatantly sexual advances, mostly directed at members of his own staff or others whose livelihoods were connected in some way to his power and authority as a Senator.” Expulsion loomed but never transpired thanks to Packwood’s October 1995 resignation.

What fate awaits Roy Moore remains unknown. But the precedents are more than numerous for even more pitfalls than he now faces.

David Pietrusza is the author of such presidential studies as 1920: The Year of the Six Presidents and 1932: The Rise of Hitler and FDR: Two Tales of Politics, Betrayal and Unlikely Destiny. His TR's Last War: Theodore Roosevelt, The Great War, and a Journey of Triumph and Tragedy will be published by Lyons Press in 2018.