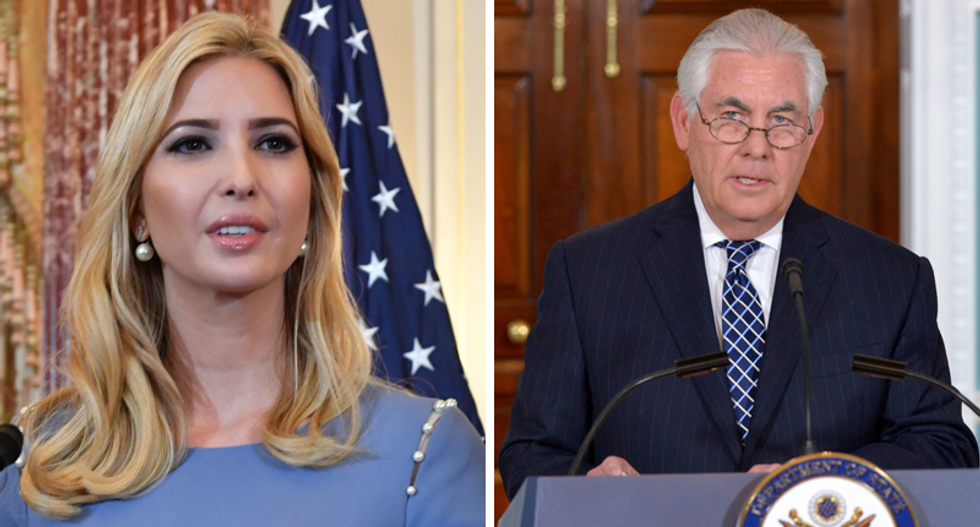 According to a senior State Department official, staffers are being directed not to attend the annual event, which willf focus on supporting women entrepreneurs. As CNN notes, Indian Prime Minister Narendra Modi invited Ivanka personally.

"No one higher than the deputy assistant secretary is allowed to participate,” the official said. “The secretary and his top staff have insisted on approving all travel-- even the most minute details.”

The official added Tillerson’s staff “won't send someone senior because they don't want to bolster Ivanka.”

“It's now another rift between the White House and State at a time when Rex Tillerson doesn't need any more problems with the President," the official told CNN.

"Rex doesn't like the fact that he's supposed to be our nation's top diplomat, and Jared and now Ivanka have stepped all over Rex Tillerson for a long time," the White House confidant told CNN. "So now, he's not sending senior people from the State Department to support this issue. He's not supporting Ivanka Trump."