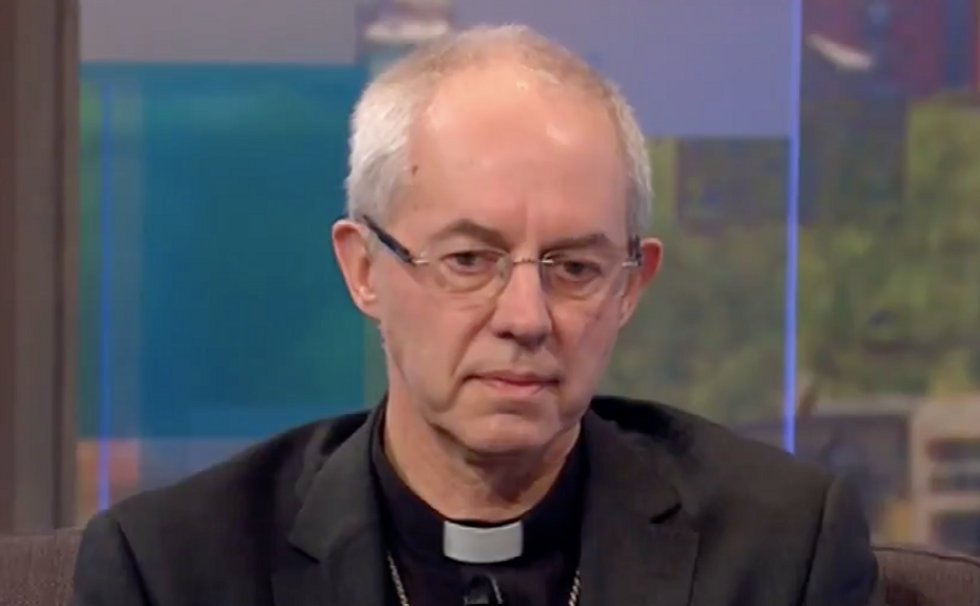 Archbishop of Canterbury the Most Rev. Justin Welby on ITV (screen capture)

One of the Christian faith's top leaders, the Archbishop of Canterbury said on Sunday that he is completely baffled as to why people of faith follow President Donald Trump, according to NBC News.

The Most Reverend Justin Welby was asked by ITV talk show host Robert Peston if he can explain why so many American Christians are infatuated with Trump.

Welby said that he would not refuse to meet with Trump, should he travel to Great Britain on a state visit, but said that he has met with war criminals and killers in the past.

"I spent years and years involved in conflict stuff around the world where I met people who had killed many, many people," he said.

The Archbishop said that he believes that his job is to meet with all sorts of people, "and to testify with the love of Christ to them and to seek to draw them in a different way."