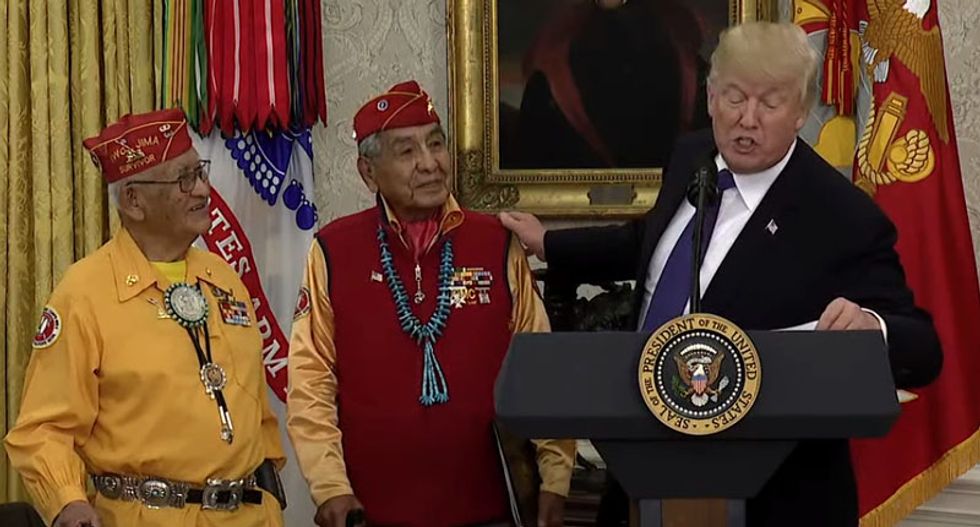 "The chief. He's the general and the chief," Trump said during the White House event, referring to his chief of staff John Kelly. "I said, how good were these code talkers? He said, sir, you have no idea. You have no idea how great they were, what they have done for this country and the strength and the bravery and the love for the country."

"So that was the ultimate statement from General Kelly, the importance," Trump continued. "And I just want to thank you because you're very, very special people. You were here long before any of us were here, although we have a representative in Congress who they say was here a long time ago, they call her Pocahontas. But you know what I like you."

The president has derided Warren as "Pocahontas" because she has claimed to have some Native American heritage. She has faced criticism for having little evidence, besides family stories, that she has Native American ancestry.

Pres. Trump at event honoring Native American code talkers: "We have a representative in Congress who they say was here a long time ago. They call her Pocahontas." https://t.co/opyDjrpBLu pic.twitter.com/7Acmjnzwee