Trump denies agreeing with Putin on election meddling: I'm with our agencies 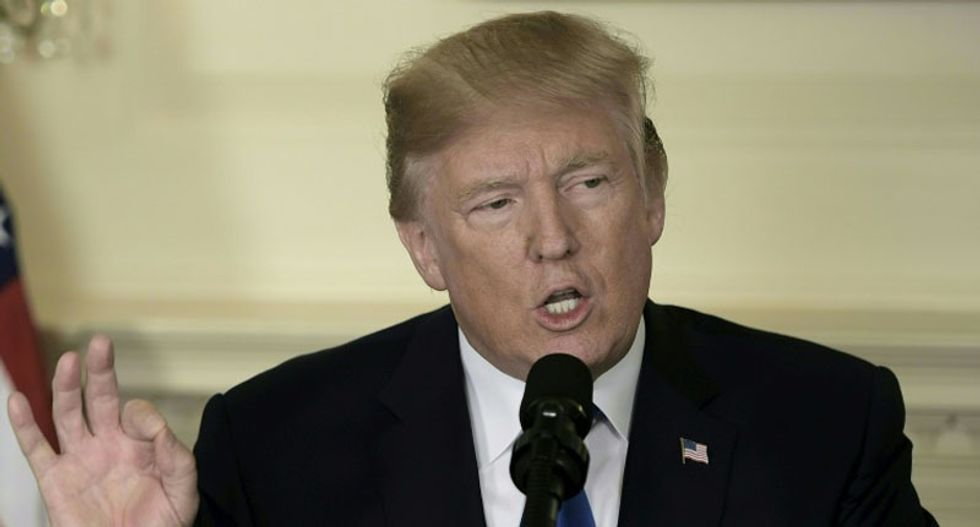 President Donald Trump indicated Saturday that he didn't believe Russian president Vladimir Putin, who recently denied that his country tried to interfere in the 2016 election.

"I believe he believes that," Trump said during a press conference in Vietnam. "I believe he feels that he and Russia did not meddle in the election. As to whether I believe it or not, I'm with our agencies, especially as currently constituted."

"I believe in our intel agencies," he continued. "I have worked with them very strongly... I believe very much in our intelligence agencies."