Trump may have destabilized the whole Middle East by blurting out Israeli intelligence to Russians: report 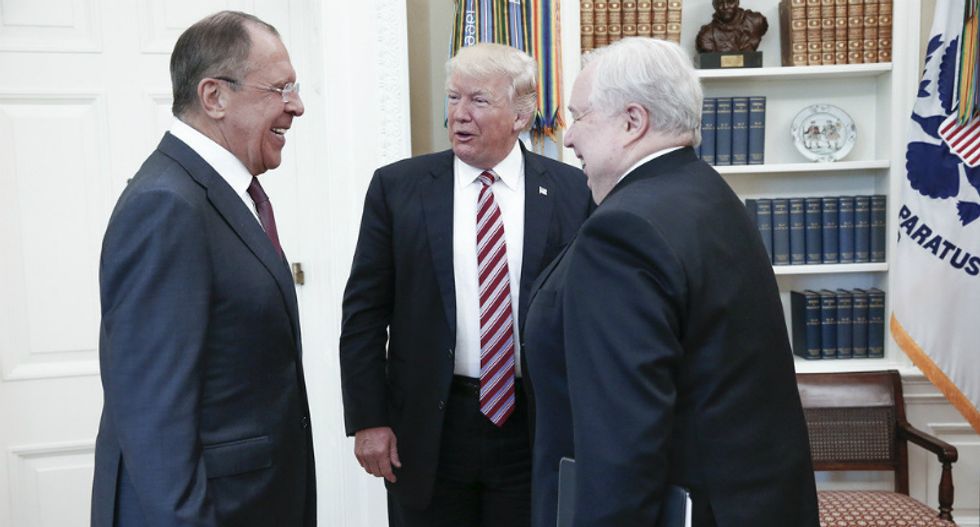 When President Donald Trump blurted out code-word protected Israeli intelligence to Russian officials in the Oval Office, he not only undermined other nations' trust in the U.S. to keep secrets, the president may have further destabilized the already uneasy relationship between Israel and Iran -- and by extension the entire Middle East.

Vanity Fair published an essay on Wednesday by author and journalist Howard Blum detailing the chain of events inadvertently set off by Trump's loose lips.

Blum dissected the now-notorious May meeting in the Oval Office from a number of different angles, questioning whether the president revealed the information out of genuine incompetence, an overeager desire to impress his guests with his secret knowledge or whether the president is genuinely acting in Russia's strategic interest.

Whatever the motivation, Trump has soured -- perhaps irrevocably -- the relationship between U.S. intelligence services and Israel.

“I get great intel,” the president boasted on May 10 to Russian ambassador to the U.S. Sergei Kisylak and Russia's foreign minster Sergei Lavrov. “I have people brief me on great intel every day.”

"He quickly went on to share with representatives of a foreign adversary not only the broad outlines of the plot to turn laptop computers into airborne bombs but also at least one highly classified operational detail -- the sort of sensitive, locked-in-the-vault intel that was not shared with even Congress or friendly governments," wrote Blum.

He continued, "The president did not name the U.S. partner who had spearheaded the operation. (Journalists, immediately all over the astonishing story, would soon out Israel). But, more problematic, President Trump cavalierly identified the specific city in ISIS-held territory where the threat had been detected."

U.S. intelligence agencies no longer trust Trump not to leak strategic information to the Kremlin. Third country agencies -- ally nations like The Five Eyes and Israel -- no longer believe that their sensitive information is safe in U.S. hands.

Israel is reportedly furious with Trump over the leak and battening down for possible hostilities with Russia's closest strategic ally in the region, Iran.

“Trump betrayed us,” said a senior Israeli military to Vanity Fair. “And if we can’t trust him, then we’re going to have to do what is necessary on our own if our back is up against the wall with Iran.”

A war between Israel and Iran could be catastrophic for the region and plunge it into chaos. Experts say that by now the Russians have handed the intelligence to Iran. That nation will have done everything in its power to run down the source of the leak and identify the source.

"What, then, was the fate of Israel’s agent in Syria?" Blum asked. "Was the operative exfiltrated to safety? Has he gone to ground in enemy territory? Or was he hunted down and killed?"

An ex-Mossad officer with knowledge of the operation and its aftermath declined to tell Blum, but would only say, “Whatever happened to him, it’s a hell of price to pay for a president’s mistake.”