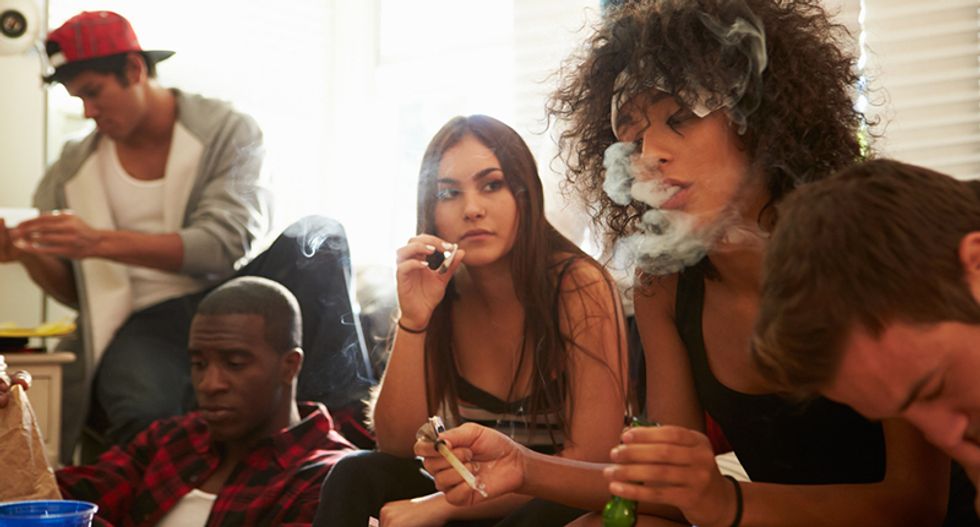 Health experts are sounding the alarms about President Donald Trump's opioid addiction panel and what they call its "dangerous" fixation with cracking down on legal marijuana.

CNN reports that a recent opioid panel report contained a letter written by New Jersey Gov. Chris Christie that said there was a danger in legalizing pot because it serves as a "gateway" drug to opioids that have sparked a massive addiction crisis in the United States.

"It may not be that marijuana is a gateway drug but rather people who are vulnerable to drug use often start with more readily available substances, such as marijuana, nicotine or alcohol," explained CNN medical correspondent Sanjay Gupta.

Shanel Lindsay, a member of the Cannabis Advisory Board in Massachusetts, similarly said the view that using pot will eventually lure users into taking opioids is contradicted by the evidence.

"To identify cannabis as the singular starting point of any kind of addiction is dangerous, ill-informed, and ignores all the data that links alcohol and prescription drug abuse to opioid addiction," he said.

Even Dr. Mark Olfson -- a professor of psychiatry at Columbia University whose work Christie cited in making his case about the dangerous links between marijuana use and opioid addictions -- said that it would be incorrect to say that marijuana use per se puts someone on the path to opioid abuse.

"Governor Christie is correct in that adults who used marijuana were at significantly higher risk of developing opioid use disorder," he told CNN. "At the same time, it is important to note that a great majority of marijuana users did not develop problematic opioid use."