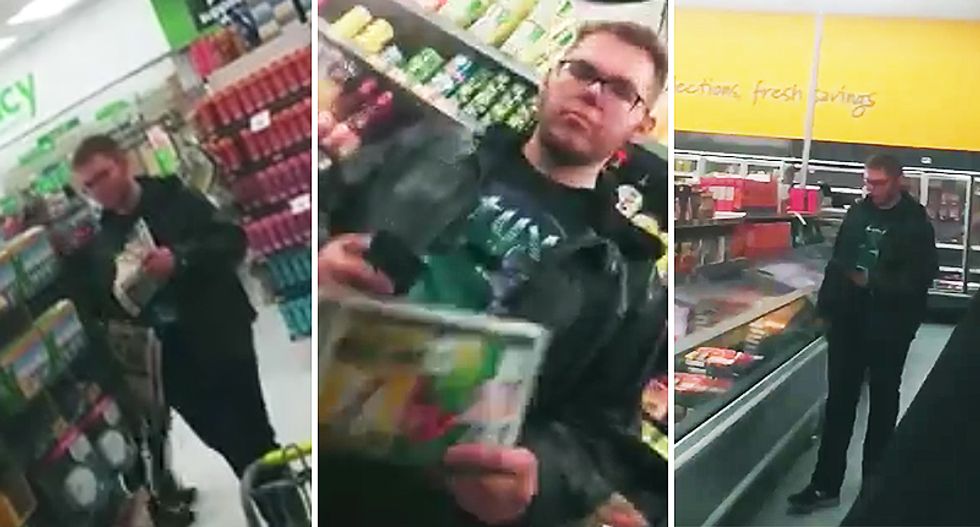 The loss prevention staffer for grocery store Giant Tiger has been suspended after a video went viral showing him following a customer around the store.

Ezekial Bigknife, an Indigenous man who frequents the store, told CBC that this isn't the first time he's been followed around the store by the employee.

The video, which has since gone viral with nearly 500,000 views. It shows the man walking around the store gathering groceries and showing the employee following him.

At one point Bigknife said to the employee, “there’s more brown people here, you should follow them too.”

"Quite frankly, I feel harassed," he told CBC. "I just wanted to show people that this is what I've been going through for the several weeks, me and my wife, and I just got sick of it."

He explained that his family regularly shops at the store for groceries and diapers for their son because the location is so close to their home.

The employee began following them around the beginning of October, he said. They've never been accused of stealing, however. At one point he confronted the employee but nothing changed. That's why he started filming the experience.

In a press release, Giant Tiger said that this isn't what their company believes in.

"What occurred in the video in question is a direct contradiction of our brand values, as well as our policies and quite frankly, never should have occurred," Alison Scarlett said Saturday.

The store's spokesperson also personally called him to apologize, but Bigknife isn't satisfied since he complained before. He confessed he's been watched in stores before, but never has been followed.

Scarlett said that the company intends to do an investigation.

"I would like to see them handle situations like that more professionally and not treat their customers like that, that are just trying to come and spend their hard-earned money and buy stuff for their kids," he said of Giant Tiger.

Watch the full video from Bigknife below: