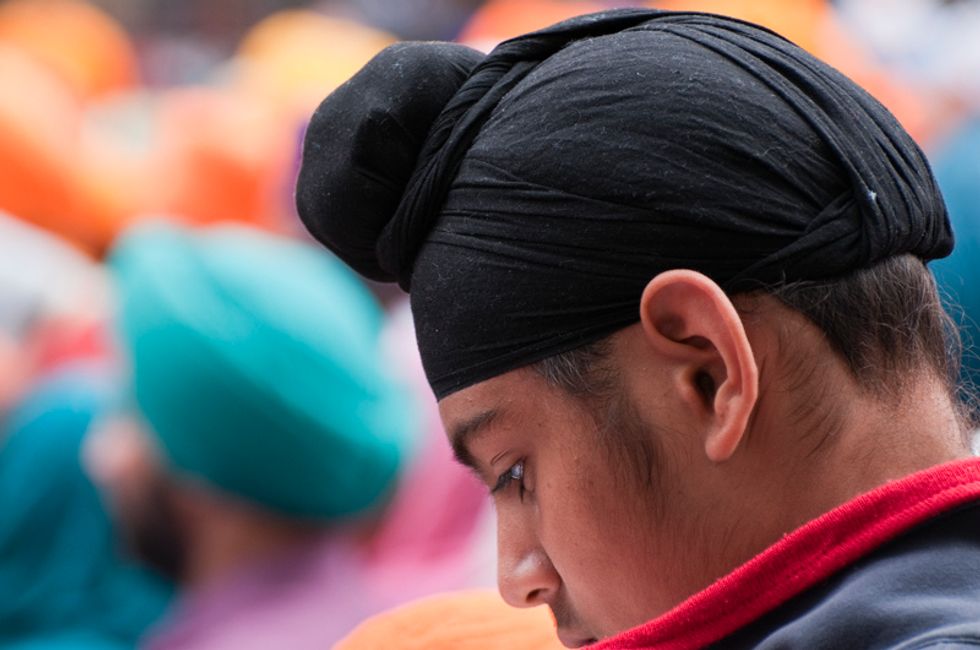 An assault on a 14-year-old boy in Kent, Washington by his peers was captured on Snapchat -- and his family believes he was targeted for his religion.

According to Seattle's KIRO 7, the teen, who is of Indian Sikh descent and was wearing a traditional Sikh turban, was beaten up less than a block outside of the city's Kentridge High School. The assault happened last week, and has since drawn outrage from the boy's family.

As The Olympian notes, school officials claimed the assault happened because of an earlier classroom dispute and wasn't racially-motivated -- but the boy's parents, who asked local outlets to withhold their identities for fear of retaliation, say their son didn't even know his attackers' names.

Earlier this year, a Sikh man in Kent was shot by someone yelling "Go back to your own country!" at him. Kent is home to many practicing Sikhs.

Though Sikhs are not Muslim, many attackers mistake them for Muslims because of their skin colors and religious garb.

You can watch the Snapchat video of the teen's assault below, via KIRO 7.

Family of this #KentRidge high school freshman fear their sons attack caught on #Snapchat was racially driven. Story in minutes on #KIRO7 pic.twitter.com/7gpE09s1YD