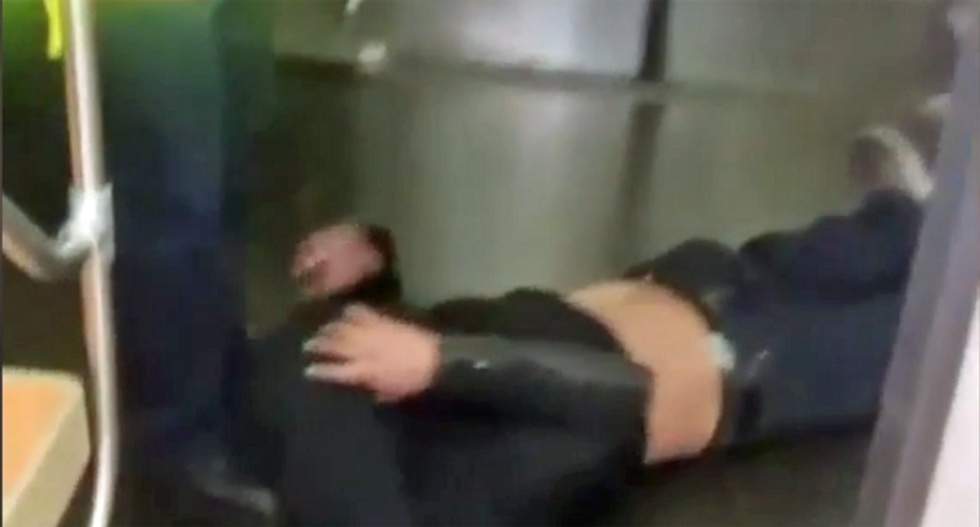 An unconscious man being kicked after being dragged the length of a G Train car.

A Metropolitan Transportation Authority employee has been suspended after being caught on video dragging and kicking a subway rider.

Claude Harris of Coney Island captured the video of the MTA employee dragging an unconscious man by his black hoodie, then kicking the man to wake him up.

Harris posted the video to Facebook, explaining that the MTA worker, "dragged an inebriated rider then kicks him while he was down after he had already knocked him off the seat he was sleeping on and didn't bother waking him all the way up."

Harris also reported a second worker stepped in front of the camera.

“This footage is clearly disturbing and the employee in the video has been removed from service while the incident is being investigated,” MTA spokesperson Shams Tarek told the New York Post.

The incident occurred Saturday evening after the G Train made it's final stop at Church Avenue, ABC 7 reported.

"When he kicked him, that was like this doesn't make any sense," Harris noted.