WATCH: Leeann Tweeden reads Al Franken's personal apology to her on 'The View' 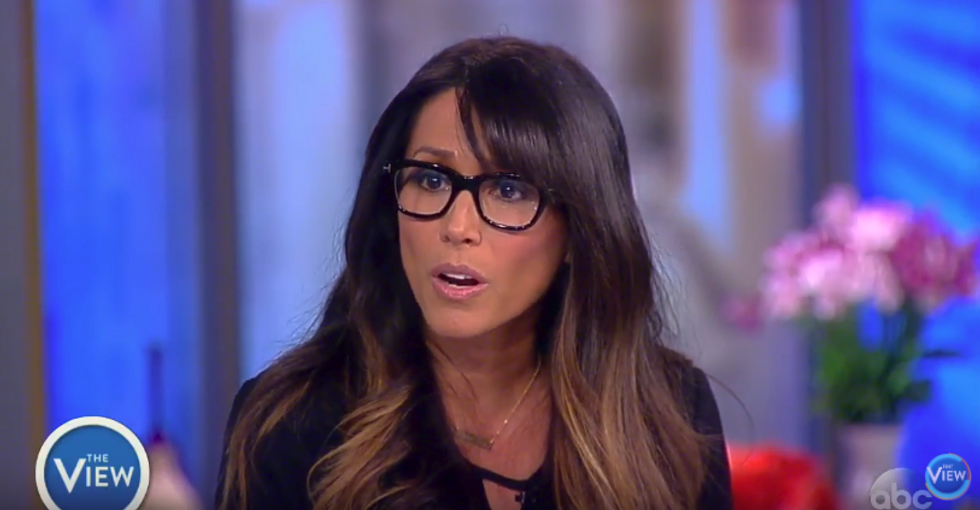 Leeann Tweeden, the broadcaster who accused Sen. Al Franken (D-MN) of groping her in her sleep while they were touring together with the USO in 2006, appeared on "The View" Friday to tell her story -- and to read a personal apology that Franken sent to her.

While on the show, Tweeden recounted how Franken made unwanted sexual advances toward her, and then treated her poorly after she drew a firm line and rejected him. Franken's bad behavior reached a peak, she said, when he had someone take a photo of him groping her breasts while she was sleeping during a flight.

She then revealed that Franken had sent her a personal apology, which she read on the air.

"Dear Leeann, I want to apologize to you personally," she said, reading from the apology. "I don't know what was in my head when I took that picture, but it doesn't matter. There's no excuse and I can understand why you'd feel violated by that photo. I remember that rehearsal differently, but what's important is the impact that it had on you."

Franken also told her that he was proud to have worked with her at the USO, and said that he felt "ashamed" that his actions had ruined the experience for her.

Tweeden said that she accepted Franken's apology, but emphasized that it was up to the voters in Minnesota to render their own judgement on his actions.