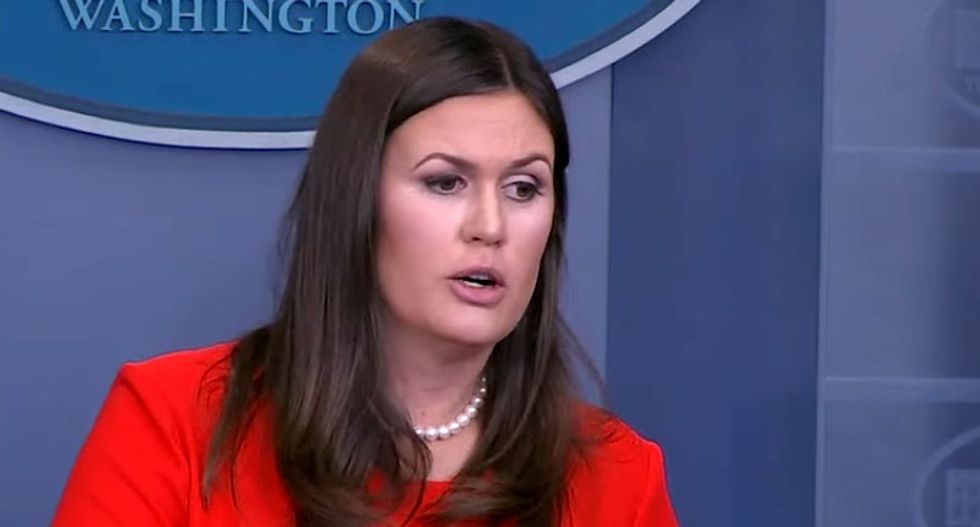 White House press secretary Sarah Huckabee Sanders is holding a briefing with reporters Thursday, which is scheduled to begin at 3:00 p.m. (ET). Watch live video below: