WATCH: Minnesota racist gets righteously told off for telling woman to 'Go back to Mexico' 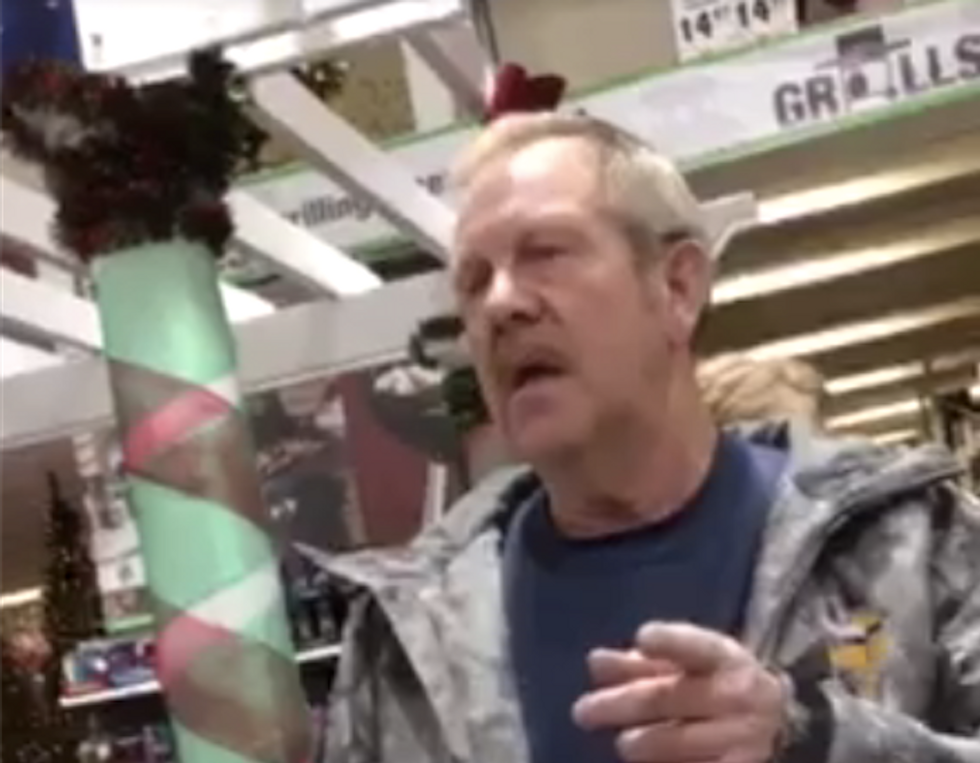 Menards shopper who got called out for racist remarks (Screen capture)

A 28-year-old mom of three was shopping at a St. Paul, MN Menards store when an older white man told her to "go back to Mexico" and called her "scum." Other shoppers took the man to task and told him to set a better example.

According to the Minneapolis City Pages, Guadeloupe Castillo and her sons and daughter accidentally ended up in the gardening supply area of the store where the unnamed man snapped at her two youngest, then told Castillo to "go back to Mexico."

A third shopper -- a white man who appeared to be in his 30s -- blasted the older man for being racist and rude.

"Do you really think that's appropriate?" the younger man demanded. "For someone your age to say some sh*t like that?"

Calling the "back to Mexico" crack "racist" and "stupid as hell," the younger man blistered the older shopper.

"This piece of sh*t should set a better example for everyone in this store," he said.