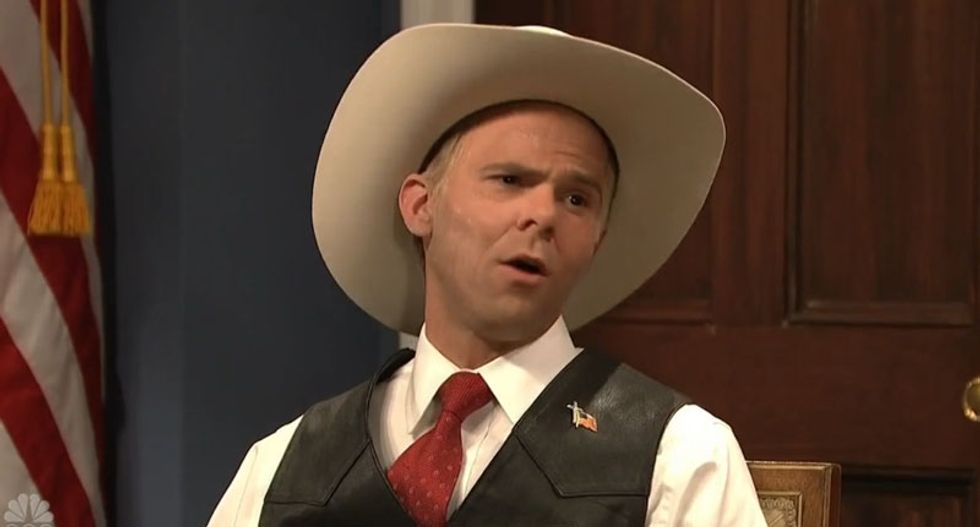 The former Alabama chief justice, a staunch social conservative, was accused this week of initiating a sexual encounter with a 14-year-old girl when he was in his 30s.

"It's hard to convince people you're not into young girls when you dress like Woody from Toy Story," Vice President Mike Pence tells Moore during the sketch.

"Alright, if everyone thinks I did it, I'll marry her," Moore tells Pence.