WATCH: This manic 1986 Martha Stewart Thanksgiving special will make you glad she went to prison 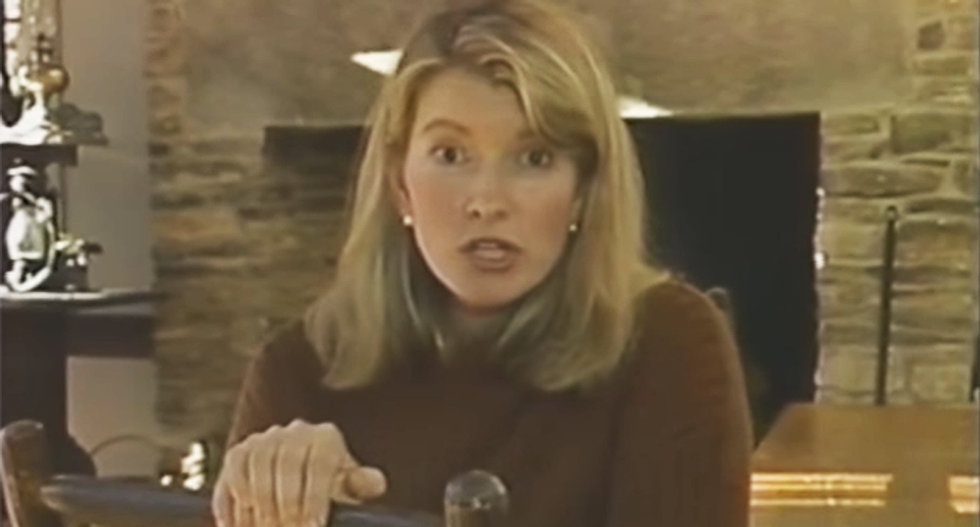 Martha Stewart's career has evolved perhaps more than any other television chef. Stewart has gone from a stockbroker to an uptight food and entertainment hostess, to prison and finally to a funny, badass television host with rap artist Snoop Dogg.

The holiday special below aired in 1986, when Stewart was a long-haired, sprightly 45-year-old. Sounding a little like a therapist, Stewart opened the vintage episode counseling hosts not to let the demand of holidays get people down.

"You know, so often when we're entertaining friends, we sometimes get so involved in the details of the event that we feel like we're on the sidelines looking in, observing others having a good time," Stewart said.

Instead, Stewart encourages hosts to think about all of the happy times with family and friends and think of new ideas "to make moments even more special and more memorable." No pressure.

Today's Martha Stewart is a fierce icon with a sense of humor, who has modernized old-school holiday staples into creative culinary cheer. Her unorthodox friendship with Snoop came after Stewart was stuck in the clink for a few months. Since, she's crushed it during an appearance roasting Justin Bieber, rocked her own snowplow and she has no problems throwing a middle finger at President Donald Trump.

"It's amazing the way she makes these balls come out," Snoop said of Stewart during an appearance on Ellen DeGeneres' show in 2016. "This is your bling, Martha," he said of the spread of drink mixers.

"You know, Snoop wears his bling around his neck and I have my bling in the kitchen," Stewart explained.

During the 2016 holiday, Stewart confessed she blew everyone off for Thanksgiving and left town, despite emails asking when they should arrive for her holiday extravaganza.

"I forgot that they were counting on it," she confessed to Joy Behar on "The View."

Compare the videos below: