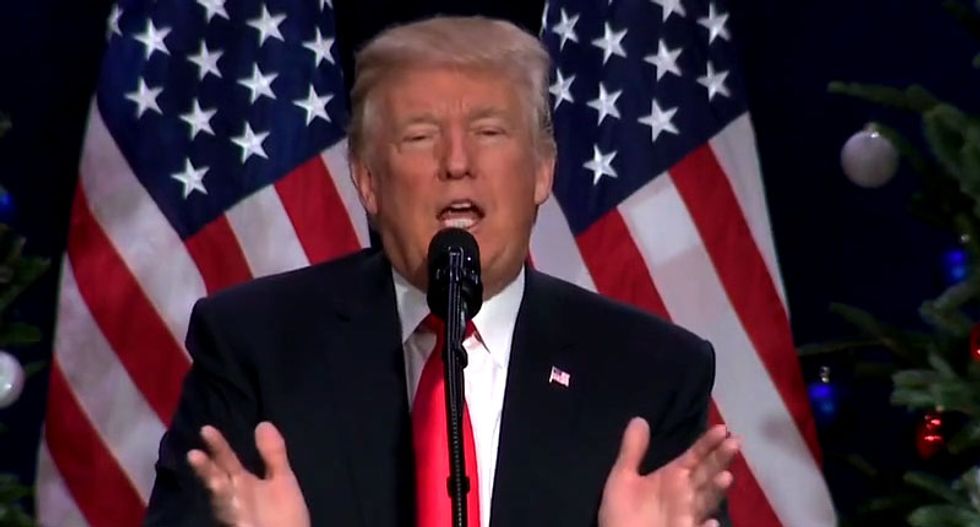 President Donald Trump on Wednesday mocked allies of the United States, accusing them of not contributing towards their own national defense.

Trump said during a speech on tax reform that his trip to Asia was a "tremendous success." But he complained that the U.S. military was defending some wealthy countries in the region.

"I say why are we defending them? We love them. I won't mention names. But there are a lot of them. We love them, they're wealthy."

"When I was in Asia, I spoke to a couple of the countries about it and they looked like this," Trump said, imitating an Asian leader. "You know what this is? Hmm-hmm. That means they know they're getting away with murder and they got to start helping us out. Okay?"