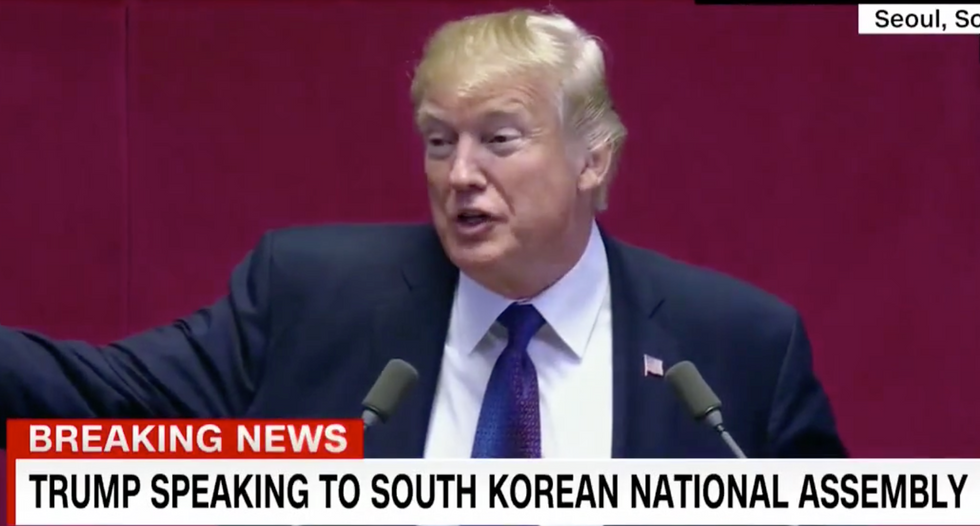 During a speech on Tuesday before the South Korean National Assembly, Donald Trump could not help but plug his golf course to the delegation gathered for his address.

Trump was discussing Korean golfers being “some of the best” in the world when he boastfully brought up his Bedminster Golf Club.

“In fact—and you know what I'm going to say—the women's U.S. Open was held this year at Trump National Golf Club in Bedminster, New Jersey,” Trump said as the audience applauded. “And it just happened to be won by a great Korean golfer, Park Sung-hyun, and eight of the top players were from Korea, and the top four golfers, one, two, three, four, the top four were from Korea.”