'We're not stupid': Nuclear general says he would shut down any 'illegal' Trump order to attack 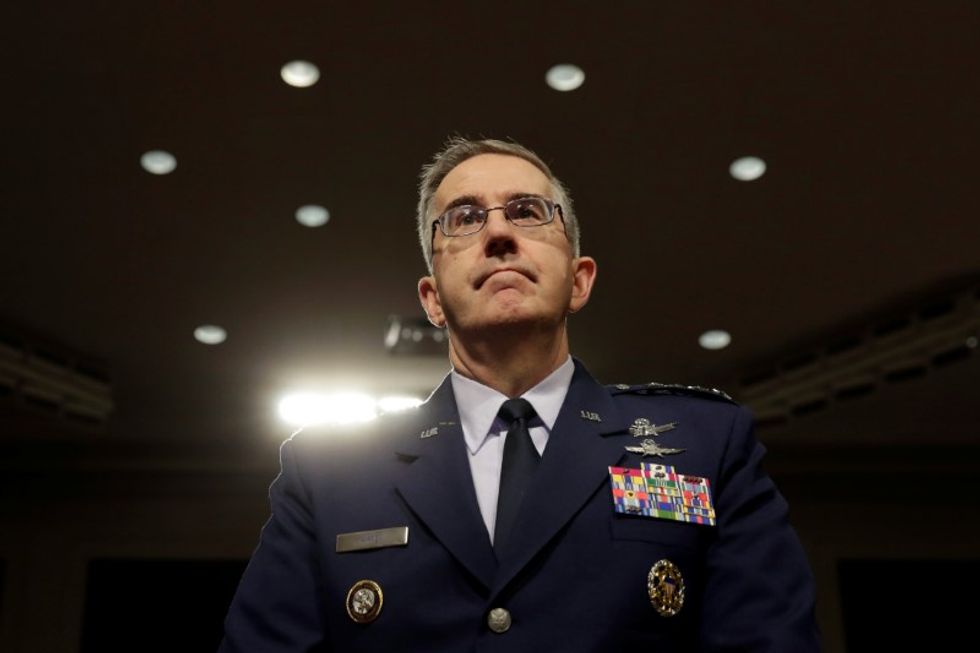 The top U.S. nuclear commander said on Saturday that he would resist President Donald Trump if he ordered an "illegal" launch of nuclear weapons.

Air Force General John Hyten, commander of the U.S. Strategic Command (STRATCOM), told an audience at the Halifax International Security Forum in Nova Scotia, Canada that he had given a lot of thought to what he would say if he received such an order.

"I think some people think we're stupid," Hyten said in response to a question about such a scenario. "We're not stupid people. We think about these things a lot. When you have this responsibility, how do you not think about it?"

Hyten, who is responsible for overseeing the U.S. nuclear arsenal, explained the process that would follow such a command.

As head of STRATCOM "I provide advice to the president, he will tell me what to do," he said in his remarks, retransmitted in a video posted on the forum's Facebook page.

"And if it's illegal, guess what's going to happen? I'm going to say, 'Mr. President, that's illegal.' And guess what he's going to do? He's going to say, 'What would be legal?' And we'll come up with options, of a mix of capabilities to respond to whatever the situation is, and that's the way it works. It's not that complicated."

Hyten said running through scenarios of how to react in the event of an illegal order was standard practice, and added: "If you execute an unlawful order, you will go to jail. You could go to jail for the rest of your life."

The Pentagon did not immediately respond to a request for comment on Hyten's remarks.

They came after questions by U.S. senators, including Democrats and Trump's fellow Republicans, about Trump's authority to wage war, use nuclear weapons and enter into or end international agreements, amid concern that tensions over North Korea's nuclear and missile programs could lead to hostilities.

Trump has traded insults and threats with North Korea's leader Kim Jong Un and threatened in his maiden United Nations address to "totally destroy" the country of 26 million people if it threatened the United States.

Some senators want legislation to alter the nuclear authority of the U.S. president and a Senate committee on Tuesday held the first congressional hearing in more than four decades on the president's authority to launch a nuclear strike.