'We’ve done it and there are no results!': Robert Reich schools Stephen Moore on tax holidays for big business 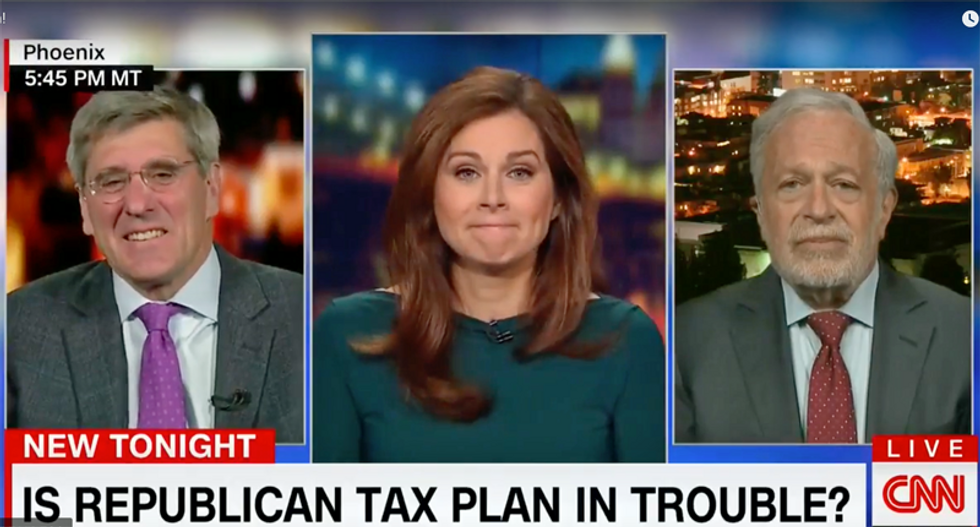 CNN anchor Erin Burnett, herself a former Goldman Sachs investment banker, showed video of CEOs refusing to commit to increase capital investment if the tax reform were to pass.

"Steve, that is not what you want to see," Burnett concluded.

"It's a huge problem," Reich rebutted.

"We did this in 2004, Steve Moore is acting didn't have an experiment to test this theory," Reich explained, as Moore can be heard loudly take a deep breath.

"Under the George W. Bush administration, we did have a repatriation, a tax holiday and what did corporations do with all that extra money? Did they invest it? Create more jobs? No!" Reich reminded.

"They just brought back their shares of stock, pumped up share prices, provided more executive pay to the top executives -- we've done it and we've seen that there are no results," Reich explained. "These big companies already have enough money, they've never had as much money as they have right now. They're hugely competitive. If they were going to make investments, if they needed to make investments, they would make them already."

"Explain to me why it's good for America that we have a 40 percent tax rate way up here" Moore said, raising his left hand far above his head, outside of the camera frame. "And the rest of the world is at 20 percent down here," he continued, with his right hand held horizontally in front of his necktie.

Watch the altercation below, via CNN: