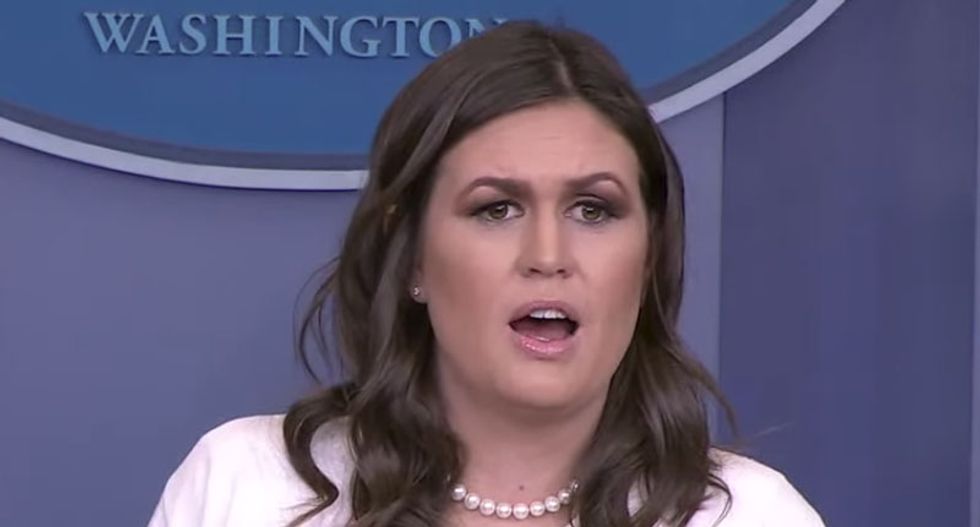 Sanders said during a press briefing that "most people" were more offended that Warren allegedly "lied" about her Native American heritage. She also said it was "ridiculous" to characterize "Pocahontas" as a racial slur.

"Why is it appropriate for the president to use the racial slur in any context?" MSNBC's Kristen Welker asked.

"I don't think it is appropriate for him to use a racial slur or anyone else," Sanders replied.

Welker pointed out that many people viewed Trump's language as a slur. "Why is it appropriate?" she pressed.

"I think Senator Warren was very offensive when she lied about something specifically to advance her career," Sanders responded. "I don't understand why no one is asking about that question and why that isn't constantly covered."