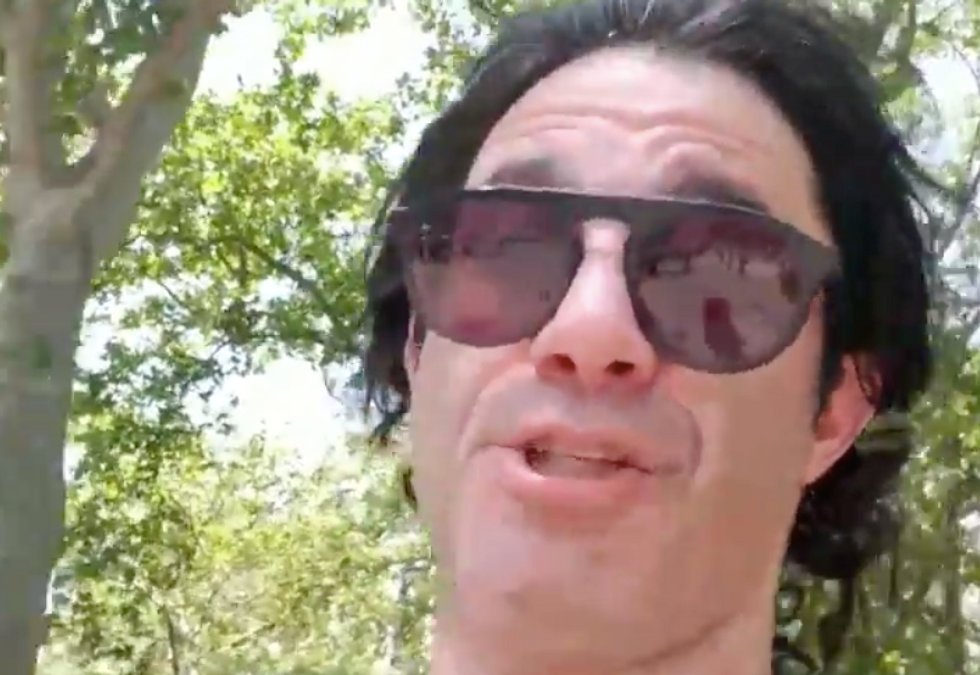 A Florida man has been ordered to stop using the character "Pepe the Frog" to sell his brand of hot sauce in a cease and desist letter from Matt Furie, the cartoonist who created the frog.

The Miami New Times reported that Jeremy Bernstein, 42, of Miami Beach has lost around $4,000 in his effort to sell Pepe-themed hot sauce. Bernstein said that he intends to ignore the demand by Furie to stop using the cartoon frog, which has become a symbol beloved to the "alt right" movement of racists, neo-Nazis and white nationalists.

"I have a buddy who gave me some legal advice and told me I can't trademark it," he said.

"A single bottle of Hot Pepe's 'Over the Wall' Hot Sauce retails for $9.95 online," said the New Times' Jerry Iannelli. "The eponymous frog on the label is wearing fairly offensive, stereotypically Mexican accessories -- a sombrero and thick black mustache -- and holding a taco."

Furie created the Pepe character in 2005 as part of a comic called "Boys Club." He never intended his creation to become the online symbol of the new racist right, he says.

Bernstein insists he's not a racist and pointed to his Jewish background as proof that he's not an anti-Semite. He said that he created the hot sauce to prove that the character Pepe is not a symbol of racial intolerance, but was intended to mock people with autism.

"He says the sauce was intended to be used on chicken tenders, in reference to the 4chan 'chicken tendies' meme," wrote Iannelli, "wherein users write stories about an autistic, overweight character complaining about 'normie' people and demanding chicken 'tendies.'"

"So it was originally intended to be a chicken-tendie sauce, like, you know, 'These autistic kids go crazy about chicken tendies,'" Bernstein said. "So it's a spicy tendie sauce. But it's actually a very tasty hot sauce."

Bernstein is a former writer for the pro-Trump website Big League Politics but declined to tell the New Times what he now does for a living. He said he's from a "tech background" and got into "Bitcoin and some other things real early." He currently divides his time between New York City and Florida.

While at Big League, Bernstein posted a video of himself attending a New York anti-Islam rally. You can watch it, below: