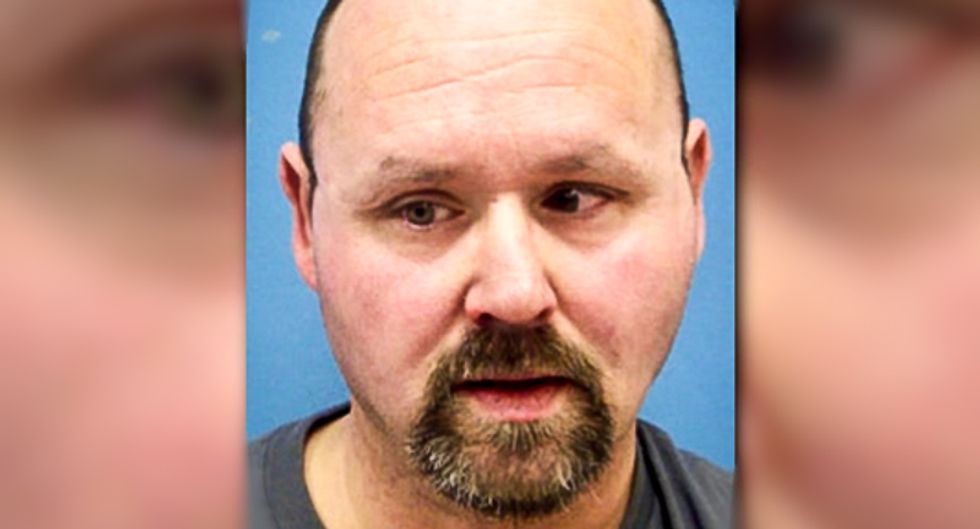 An Arkansas man was arrested after he admitted raping a now-adult woman from the ages of 4 to 12.

The River Valley Leader reported over the weekend that 45-year-old Ronnie Lynn Gipson appeared before District Court Judge Don Bourne on Friday after being charged with rape.

The Pope County Sheriff’s Office told the judge that it had received information from the U.S. Air Force Special Investigations Office that a female active duty member who reported that she had been sexually assault and raped by Gipson from the age of 4 until she was 12 years old.

As a part of an investigative strategy, officers had the woman contact Gipson on Facebook, where he admitted raping her and told her to "get over it."

In an interview, Gipson reportedly told investigators that he began having sexual conduct with the girl between the ages of 3 and 4.

"Gipson then stated that the sexual contact with the victim continued until she was about 12 years old and for the last 10 years they lived in the Atkins area," according to The River Valley Leader. "Gipson continued to advise that several times when the sexual contact began, he would 'get naked with the victim in the bed' then perform sexual acts on her and force her to perform sexual acts on him."

Investigators said that Gipson developed a "code" for the sexual misconduct, in which he would ask her, "Do you want to play?" He said that various acts of rape would occur afterwards, including digital penetration, oral contact and sexual intercourse. Gipson insisted that he did not attempt sexual intercourse with the girl until she was 8 years old.

Judge Bourne set bond at $500,000 and ordered Gipson to have no contact with the victim.

"You’re ordered to have no contact with the victim, don’t call her, don’t write her, don’t communicate with her," the judge said.

A plea arraignment has been scheduled for January 22.