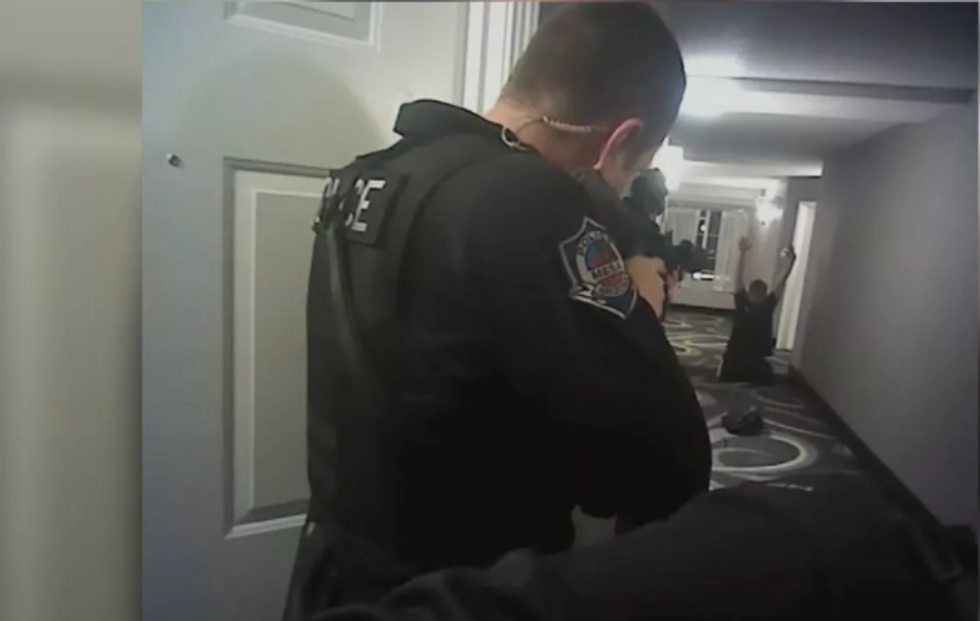 In the last moments of his life, Daniel Shaver of Mesa, AZ sobbed and begged police not to shoot him, but they shot and killed him anyway.

According to AZFamily.com, in January of 2016, police were called to a La Quinta Inn in Mesa because someone reported a man pointing a gun out his window.

Shaver -- who was highly intoxicated -- only had a pellet rifle, which he did not take with him into the hall when police arrived.

Office Mitch Brailsford said that Shaver failed to follow police instructions and reached behind his back in a way that made Brailsford think he was reaching for a gun. Brailsford shot and killed Shaver, but was found not guilty of second-degree murder charges this week.

An investigator who viewed the video said that it did appear that Shaver was reaching for something behind him, but was probably trying to pull up his loose-fitting shorts that had slid down during the crawling attempt.

However, the investigator also said that he did not see anything that would have precluded the officers from carrying out a routine handcuffing and suspect takedown.

WARNING: THIS VIDEO CONTAINS CONTENT THAT MAY BE DISTURBING TO VIEWERS