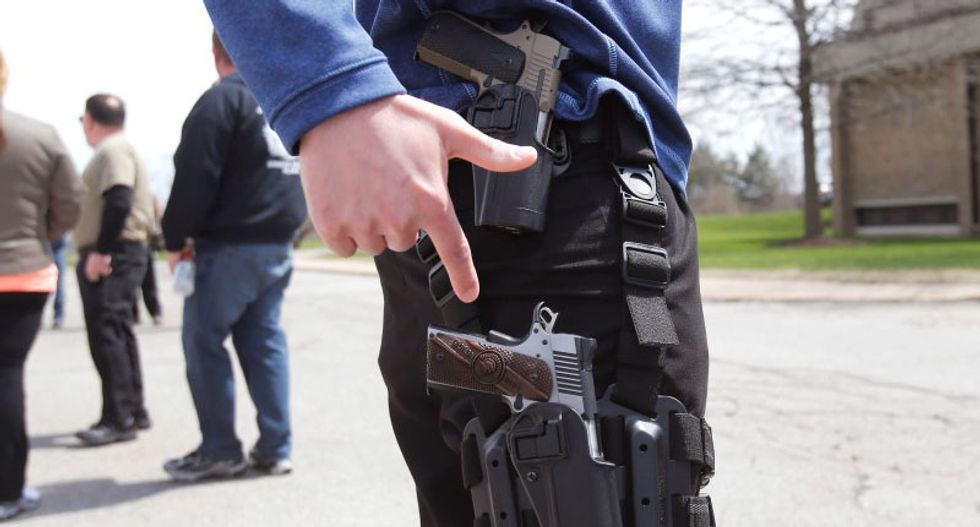 People would be able to bring legal, concealed guns into any U.S. state under legislation the House of Representatives approved on Wednesday that would also bolster the national background check system and require a study of the "bump stocks" used in October's Las Vegas mass shooting.

The country's long-standing fight over gun ownership has grown more heated since a single person killed 58 people and injured more than 500 at a music festival in Las Vegas, Nevada, the deadliest mass shooting carried out by an individual in U.S. history. Stephen Paddock boosted his firearms with bump stocks to shoot thousands of bullets over 10 minutes.

On a vote of 231 to 198, the Republican-led House approved the Concealed Carry Reciprocity Act, which would require states to recognize each others' permits for carrying hidden and loaded firearms while in public.

States' requirements on concealed guns vary widely. Some states deny permits to people who have committed domestic violence or other crimes. Eight do not require permits at all.

Supporters of the bill, which still must be approved by the Senate, say states recognize each others' drivers licenses and other permits, making concealed-carry permits the exception.

Detractors say the bill tramples states' rights and that gun permits differ from drivers' licenses, which are generally uniform across the country. They also say that, under the legislation, gun owners will only have to abide by requirements of the most lenient states.

The bill passed eight days before the fifth anniversary of the Sandy Hook shooting in which 20 children and six adults perished. So far this year, 14,412 people have died and 29,277 have been injured in firearm-related incidents in the United States, according to the Gun Violence Archive. About 8 percent of them were children and teenagers.

Bill supporters also pointed to last month's Texas shooting, where a man fired his rifle on a fleeing gunman who had just killed 26 worshippers at a church. The gunman was later found dead in his car.

"We know that citizens who carry a concealed firearm are not only better prepared to act in their own self-defense, but also in the defense of others," said House Judiciary Committee Chairman Bob Goodlatte, a Republican.