Billy Bush lashes out at Trump over 'Access Hollywood' tape denial: 'Of course he said it' 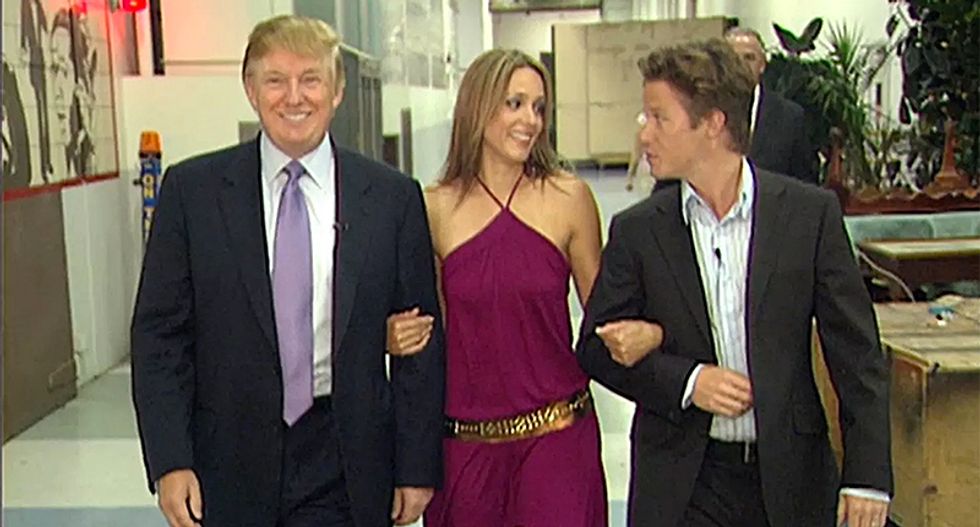 Former "Access Hollywood" host Billy Bush lashed out at President Donald Trump on Sunday in an op-ed piece for The New York Times in which he accused the president of "indulging in some revisionist history."

Trump has reportedly taken to denying that the voice heard bragging about sexually assaulting women on the tape -- which was recorded in 2005 but released to the public in October of 2016 -- is his, a charge that Bush flatly rejected.

He went on, "Of course he said it. And we laughed along, without a single doubt that this was hypothetical hot air from America’s highest-rated bloviator. Along with Donald Trump and me, there were seven other guys present on the bus at the time, and every single one of us assumed we were listening to a crass standup act. He was performing. Surely, we thought, none of this was real. We now know better."

Bush -- whose career was effectively ended by the tape's release-- said that recently he read up on the charges of sexual abuse, assault and harassment against Trump as detailed in an article released just after the tape came out.

The women's accounts, he said, matched exactly what Trump has bragged about as a hot mic recorded on the "Access Hollywood" bus.

"Kristin Anderson said that Mr. Trump reached under her skirt and 'touched her vagina through her underwear' while they were at a New York nightclub in the 1990s," said Bush. "That makes the 'grab ’em by the pussy' routine real. I believe her."

"President Trump is currently indulging in some revisionist history, reportedly telling allies, including at least one United States senator, that the voice on the tape is not his. This has hit a raw nerve in me," he said.

"I can only imagine how it has reopened the wounds of the women who came forward with their stories about him, and did not receive enough attention. This country is currently trying to reconcile itself to years of power abuse and sexual misconduct. Its leader is wantonly poking the bear."

Later, he said, "To these women: I will never know the fear you felt or the frustration of being summarily dismissed and called a liar, but I do know a lot about the anguish of being inexorably linked to Donald Trump. You have my respect and admiration. You are culture warriors at the forefront of necessary change."