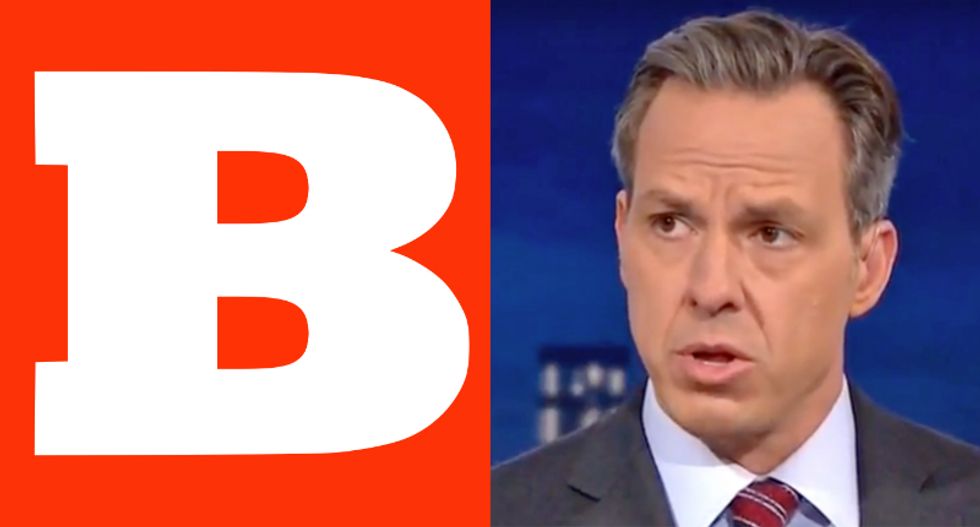 "Fake Tapper: ‘Very Fake News’ Anchor Leads Re-Ignition of CNN Scandal," Breitbart's Wednesday headline reads. In the article, they claimed the CNN host "falsely alleged" that Nehlen is a "Breitbart favorite," despite their public disavowal and removal of Nehlen's contributor page amid fallout from his most recent act of public bigotry.

The "false allegations" stem from a tweet Tapper posted Wednesday morning, hours before news broke that Breitbart had cut ties with Nehlen.

Breitbart used the falsehood-in-hindsight to take the opportunity to hammer Tapper for supposedly peddling "fake news" along with his employer.

"A series of actions by CNN operatives over the past week plus — culminating in a demonstrably false tweet about Breitbart News on Wednesday morning from Jake Tapper — have thrown the network into turmoil turning into the new year, rejuvenating a scandal that CNN had hoped was in its rear-view mirror," one lengthy sentence from the hit piece reads.

"This is how you know Breitbart isn’t upset that the candidate they openly pushed is now more openly anti-Semitic and racist," Tapper tweeted Wednesday afternoon. "Instead of contrition they attack and smear."

Soon after Breitbart ran the article, journalists and activists pointed out the hypocrisy of their claim, noting that without the alt-right's media wing, Nehlen's candidacy would be nil.

So Breitbart is attacking @jaketapper for saying that Paul Nehlen is a Breitbart favorite. Guess what, Jake was r… https://t.co/nTuEm9SjTz
— Reagan Battalion (@Reagan Battalion) 1514412623.0