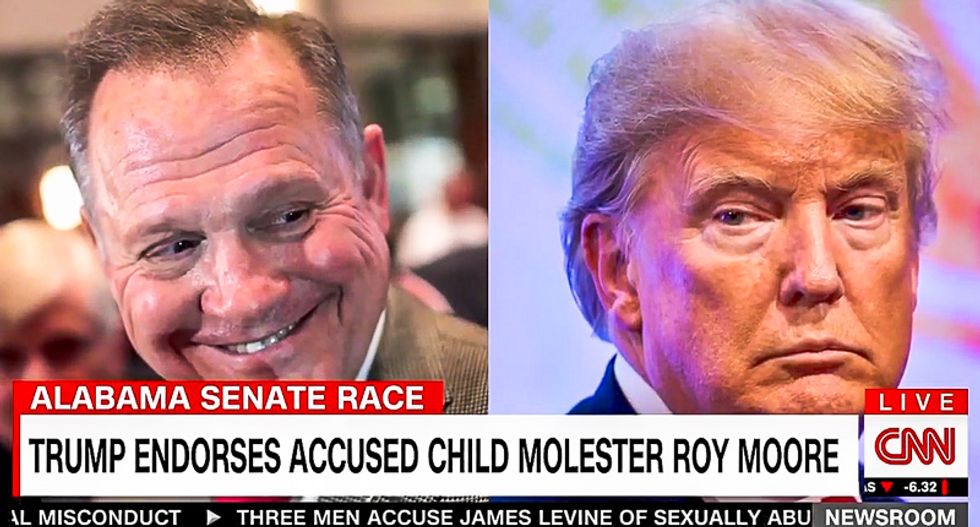 In recent weeks, Trump has refused to endorse Moore by name, but in a tweet on Monday, the president declared his full support for the candidate.

Democrats refusal to give even one vote for massive Tax Cuts is why we need Republican Roy Moore to win in Alabama.… https://t.co/cTTqHa3YXL
— Donald J. Trump (@Donald J. Trump) 1512386225.0

"The president is endorsing accused child molester and Alabama Senate candidate Roy Moore," CNN host John Berman announced at the top of one of the segments.

"One, of course, accusing him of child molestation when she was 14-years-old," Harlow noted.