CNN's Bill Weir says Fox 'bubble' makes hosts into hostages: 'Blink twice if you need us to tunnel you out' 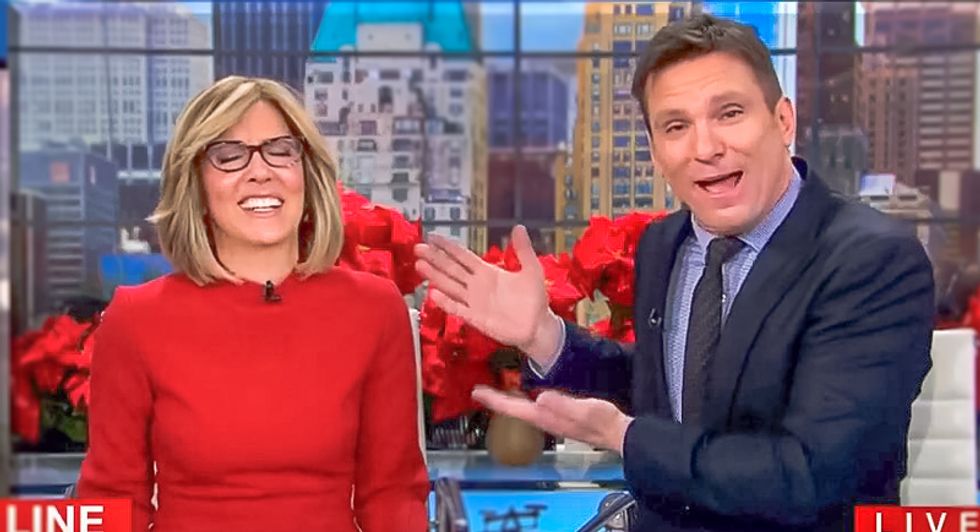 CNN host Bill Weir suggested on Wednesday that there could be "life after" Fox News for hosts who are treated like hostages of the conservative network's right-wing views.

During a discussion on CNN's New Day about President Donald Trump's obsession with the Russia investigation, Weir explained that he recently watched Fox News "for research purposes."

"First of all," Weir continued, "to everybody over there, blink twice if you need us to tunnel you out."

"Because, look," he said, nodding to Camerota. "There's life after!"

According to Weir, there is an "alternate reality" at Fox News when it comes to coverage of Special Counsel Robert Mueller's investigation into Russia's interference in the 2016 U.S. election.

"The lead story and the discussion for every hour of every day is about the deep state and flaws within the FBI," he explained. "And the president, as we know, that's his favorite information stream."

Weir wondered how much of the president's recent attack on the FBI was a "feedback loop" between himself and Fox News.

"They do set the White House communications agenda," political analyst David Drucker said of Fox. "And it is an effective way to outsource, when usually it costs the White House a little bit of money to formulate."