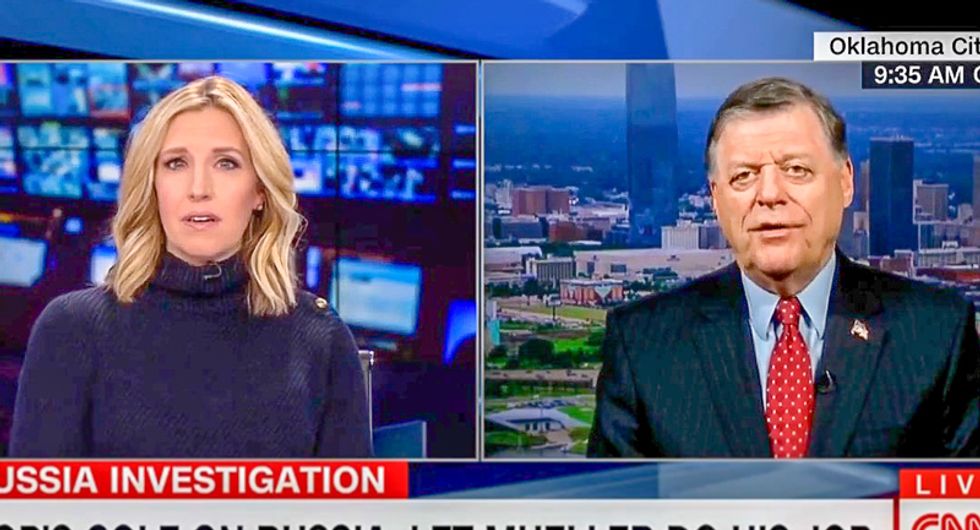 CNN host Poppy Harlow called out Republican U.S Rep. Tom Cole of Oklahoma after he suggested that Russia's interference in the U.S. election was not unusual or disturbing.

During an interview on Thursday, Harlow noted that Cole had recently called Russia's hacking of the U.S. election "nothing to hyperventilate about."

"Really?" Harlow asked. "[You are] not too concerned?"

"I'm always concerned," Cole replied. "But people have been intervening in American elections since the 1790s. The first people that did it were the French. And if we think the Russians haven't influenced American elections in the past, we're naive. And frankly, if we think we don't try to influence transfers of power in other countries, we're pretty naive. So, it's part of international relations."

"The real question is did it have much impact?" the congressman added. "I don't think so."

"Wait," Harlow interrupted. "Why is that the real question? It seems like you're saying this is par for the course, this is okay."

"I didn't say it's okay," Cole insisted. "It is par for the course. Do you think other countries don't try to influence what we do in elections?"

"There was a widespread disinformation campaign as you know, Congressman," Harlow pointed out. "Something that was so concerning to the U.S. intelligence community that it sparked that January 6 intelligence report from a year ago that I know you read."

"That does not seem like par for the course," the CNN host said.

Cole admitted that "new techniques" had been used in 2016, but insisted that "Russians always try to influence American elections."

"It's not unusual in international affairs," he opined. "I think you accept it, you guard against it, you deal with it."