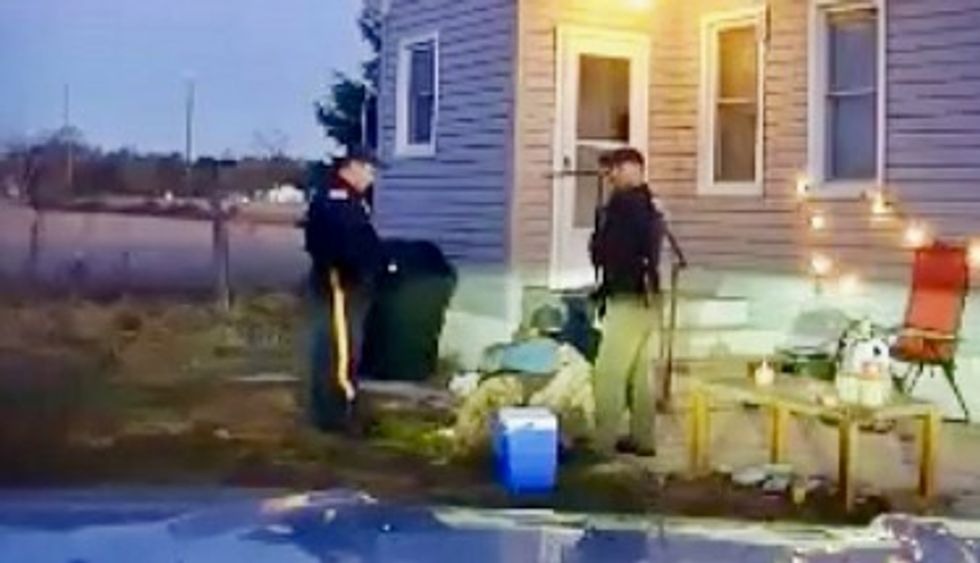 A handcuffed man wearing a jacket and no pants was sitting on the ground outside a home he was allegedly trying to burglarize when a Penns Grove police officer kicked him in the face, according to newly-obtained video of the incident. ... the force. In the one-minute dashcam video obtained by NJ Advance Media this week, the suspect, identified as Xaviel Ramos, 22 of Hopatcong, is seen in handcuffs...