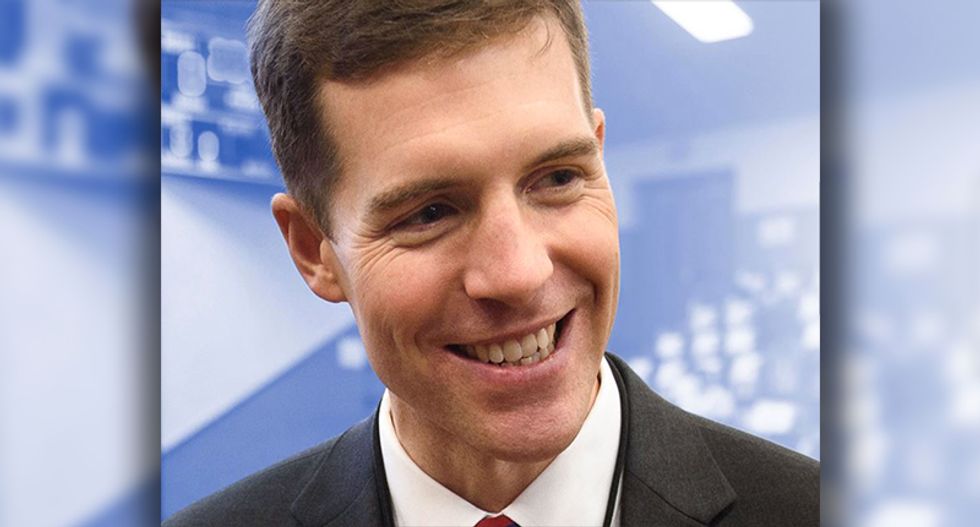 Another major test for the Republican Party will come in a conservative-leaning section of Pennsylvania in a March 13 election.

The seat was held by far-right Rep. Tim Murphy (R-PA), who was outed for faking his so-called pro-life stance and demanding his mistress get an abortion. The district went overwhelmingly for President Donald Trump in 2016, to the tune of 20 percent. However, his plummeting poll numbers combined with the nose-dive in Republican popularity could present an opportunity for Democrats.

In a CNN poll published last week, the generic ballot revealed impending doom for the GOP. In a match up against an unnamed Democrat, the Republican congressional candidate loses by an embarrassing 18 points. The numbers are the best opportunity the Democrats have had since losing the House in 2010.

Trump has also announced that he will be campaigning along-side Congressional Republicans, much to their chagrin. He blamed the defeat of Virginia gubernatorial candidate Ed Gillespie on refusing to embrace him. However, Gillespie campaigned hard on the idea of "Trumpism," that is using the policies Trump advocates while on the campaign trail. Vice President Mike Pence was also a heavy presence for Gillespie on the campaign trail, but even his events struggled to bring in crowds.

Trump also blamed Alabama Senate candidate Roy Moore for the loss, not because of multiple accusations of child molestation, but because Moore also failed to embrace the president. Moore had former Trump aide Steve Bannon advising the campaign and appearing at rallies for the twice-fired former judge.

As Politico reported, enthusiasm is surging throughout the Democratic Party in red states throughout the country. It's unclear, however, if that can turn a 20 percent Republican district into a Democratic win.

"If you look at every special election to date, Republicans have been underperforming Trump’s [margin] by double digits," said GOP strategist Titus Bond, who serves as the polling director for Remington Research Group. "I don't think Republicans are going to lose this seat, but it's going to be a battle and they're not going to take any chances."

The GOP touts their successes in Congressional special elections, however, in legislative, state and senate special elections, they're not faring well. GOP candidates have secured less than 53 percent voters in the four contested races of in 2017. They even suffered in districts were Trump scored up to 60 percent in the November election, Politico explained.

Given the unpopular GOP tax bill that disproportionately benefits the wealthy, a seat like the Pennsylvania 18th, which has more white, blue-collar families, could be in play.

Democrat Conor Lamb is a young Marine veteran who is running against against Republican Rick Saccone, who famously claimed he was "was Trump before Trump was Trump.”

“Rick, with his age and experience, is more than qualified, but he isn’t the sparkle of everyone’s eye, while Conor is a tall, blonde, blue-eyed stud of a Marine,” said KDKA radio's political analyst William J. Green. “There’s no question that Republicans are worried about the contrast.”