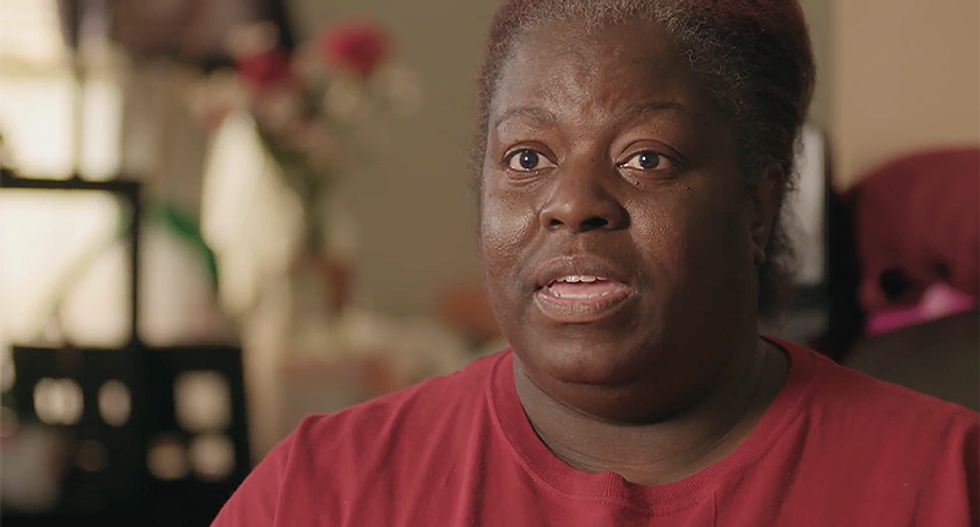 Alabama Democrat Doug Jones was elected to the U.S. Senate on Tuesday by a mere 21,000 votes. That margin would have been much larger if Alabama Secretary of State John Merrill, a strident partisan Republican, would have taken steps to inform his state’s voters than thousands of ex-felons were eligible to vote under a 2017 state law. But Merrill didn’t do that, as an extraordinary Twitter thread by Danielle Lang explains. Lang is an attorney with the Campaign Legal Center, a bipartisan-led Washington-based voting rights law firm that has fought for expanded rights for years, especially across southern states. Her remarkable thread is below.

1. Folks, a few thoughts on the extraordinary turnout among black voters in last night's #ALSEN special election and about how much greater it could have been.

2. Here are the numbers on the photo ID law:118,000 registered Alabama voters do not have a photo ID they can use to vote; Black and Latino voters are about twice as likely as white voters to not have ID. Last night's #ALSENelection was decided by under 21,000 votes.

3. While in AL in November, I personally ran into several voters w/o ID who thought there was no point in registering for that reason.

4. And just as the #Alabama legislature put this new ID hurdle in place, it closed down DMVs in the black belt.

5. But not to worry, AL SOS Merrill thinks only voters who try harder should be able to vote: “As long as I’m secretary of state of Alabama, you’re going to have to show some initiative to become a registered voter in this state.” Cool. (But I didn't even come here to talk about the voter ID law. I'm not the expert on that case but @RossDeuel and my friends at @NAACP_LDF are.)

6. I'm here to talk about Alabama's outrageous locking out of people with convictions (disproportionately people of color) from the electoral franchise.

7. Hundreds of thousands of people in Alabama either couldn't vote yesterday in the #ALSEN election or thought they couldn't vote bc of AL SOS's failure to communicate the law.

8. Here's a long but important timeline. In 1901, #alabama created a criminal disenfranchisement law designed to disenfranchise blacks. They said as much right in the record.

9. They chose to disenfranchise ppl with crimes "involving moral turpitude" b/c that standard was mushy enough to let their friends vote while disenfranchising blacks for violations of the "black code" crimes they made up.

10. In 1985, the Supreme Court struck down the moral turpitude phrase as racially discriminatory because duh. But in 1996, the #AL legislature put the "moral turpitude" standard BACK INTO THE LAW.

11. From 1996 to 2017, there was absolutely NO standard for what convictions were disqualifying. There was no set list of crimes that "involved moral turpitude" and individual registrars county to county decided who got to vote. Many treated ALL felonies as disqualifying.

12. Remember how the standard was chosen in the first place because it could be applied to hurt minorities? (And by the way, Alabama is one of only 12 states that still permanently disenfranchises anyone after their convictions are complete and their time is served.)

13. Americans of all political stripes overwhelmingly support letting people vote after they have completed their sentences (although apparently #RoyMooredoes not).

14. Since disenfranchisement based on registrars' whims is not constitutional, we sued in September 2016: Thompson v. Alabama

15. In May 2017, Alabama passed a law finally defining what convictions take away your right to vote. And while it's a long list, it excludes some important ones like most nonviolent drug crimes. #progress !

16. But then, for reasons I still can't attribute to anything but indifference to certain voters, the AL SOS refused to take basic steps to inform voters with past convictions of their rights.

17. The current Alabama voter registration form requires people to sign under penalty of perjury that they have not been convicted of a "disqualifying felony" and then NOWHERE describes what felonies are disqualifying.

18. There are likely thousands of voters that were previously told by their registrars that they could not vote b/c of their conviction but under the 2017 law clearly are eligible. The SOS refused to notify these people of their rights.

20. We took them to court and continue to fight that issue but the court did not order them to act for these elections. So we and SO MANY others -- Pastor Glasgow @anvoo2 @ACLUAlabama @LSAlabama -- did Secretary Merrill's job for him the best we could. We've been helping train community leaders on the law so they can register eligible people with past convictions to vote.

21. We created a toolkit for folks to use to navigate the law. Here is one voterthat voted for the first time yesterday in the #ALSEN election. He had been blocked for decades from voting because of convictions in his youth.

22. Because of the hard work of so many advocates, a lot of new voters were able to cast ballots yesterday in the #ALSen election. But this was in spite of Secretary Merrill's failure to clear up the confusion his office created after decades of arbitrary disenfranchisement.

23. Just think of how many more voters he could have reached if he'd used his office to make sure every voter understood her rights. We have a list of over 75k voters that were previously denied the right to vote bc of past convictions. the myth that these individuals arent interested in voting is just false.

24. I'll close by saying that the 2017 law, despite the confusion, was progress but it did not fix the problems in Alabama. Alabama is still one of only a handful of states that permanently disenfranchise people for past convictions. The list of "disqualifying" crimes is still long and includes many low level theft crimes that sweep tens or hundreds of thousands of individuals into its net.

25. Again, this law likely continues to disenfranchise hundreds of thousands of Alabama citizens. Yesterday's election was decided by less than 21k votes.