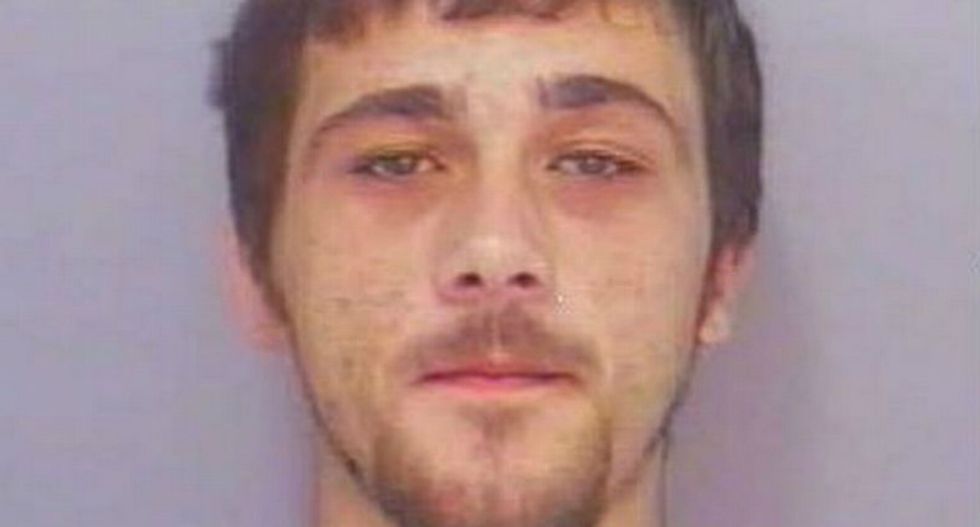 28-year-old Darren Stone, a Plymouth, UK man charged with attacking a 15-year-old black teen for glancing at him. Image via Devon and Cornwall Police).

A drunken bigot with a history of criminal offenses was forced by a court to compensate a black teen he followed and attacked earlier this year after he became affronted by the teen glancing at him.

As DevonLive reports, 28-year-old Darren Stone of Plymouth, a city in UK's Devon county, shouted at the 15-year-old boy who'd walked near him, asking him if he was "getting mouthy." The boy, who hadn't said anything to Stone previously, told him he wasn't and kept walking -- and then the older man began chasing him.

According to court transcripts, the boy hid on a side street while Stone yelled racial epithets at him. When he finally caught up to the teen, Stone "punched him in mouth, giving him a split lip," prosecutor Ed Bailey said.

The prosecutor noted that the younger boy's friend, who was 18, told Stone that the boy he targeted was only 15 years old, to which the older man replied that he didn't care, and that he intended to "chin" the boy.

DevonLive's report notes that Stone had been convicted 12 times prior to his assault case for 24 offenses, most of which were drug and theft charges. He'd served two years and eight months for "dealing cannabis and handling a haul of stolen goods in 2014," and had two tablets of morphine sulphate on him when he was arrested.

Stone was initially sentenced to eight months in prison for his attack on the teen, but had his sentence suspended for 18 months by the judge presiding over his case once he learned that the defendant claimed he hadn't had alcohol since he was arrested. He was alternatively sentenced to 150 hours unpaid work and "25 days of intensive probation supervision." The judge ordered that he pay the boy £1,000 compensation, "which will take him two years at a rate of £10 per week."