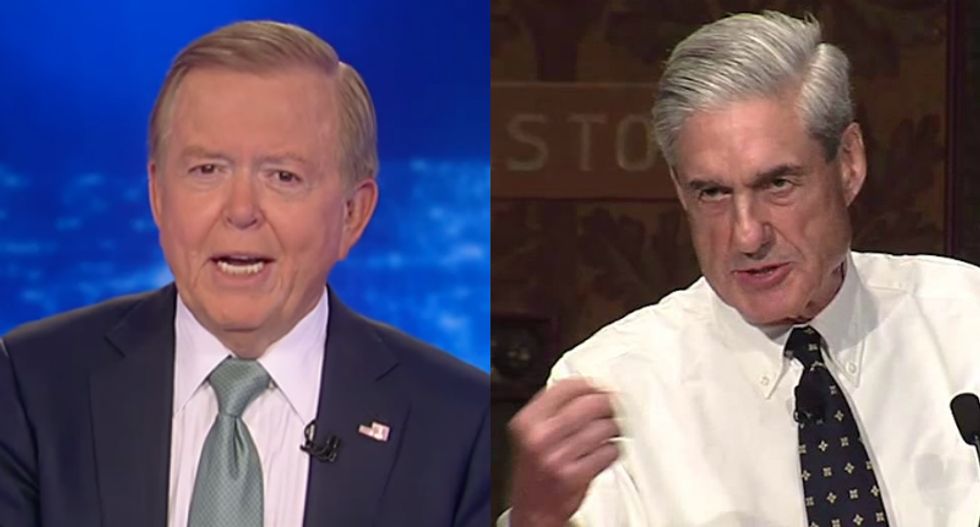 He referenced a Friday night Fox News clip in which commentator Christopher Bedford, editor-in-chief of the conservative Daily Caller website, said the special counsel lacks integrity and his probe has been "hopelessly compromised."

Dobbs then said that he finds it "stunning that [Deputy Attorney General] Rob Rosenstein doesn't find any need for any concern whatsoever, and even as his entire department has been ripped asunder by so many conflicts of interest."

Ambassador Woolsey resigned from Trump's transition team on January 5, 2017 amid tensions between the two stemming from the then-president-elect's increasingly critical rhetoric about the intelligence community. He was subsequently interviewed in late October by Mueller regarding his knowledge of Trump's former aide Mike Flynn, who Woolsey knew through sitting on the board of the latter's lobbying firm. A month later, Woolsey was seen dining with the president at Mar-A-Lago.

Watch the Fox News clip that the former CIA director calls a "conspiratorial hit job" on Mueller below.