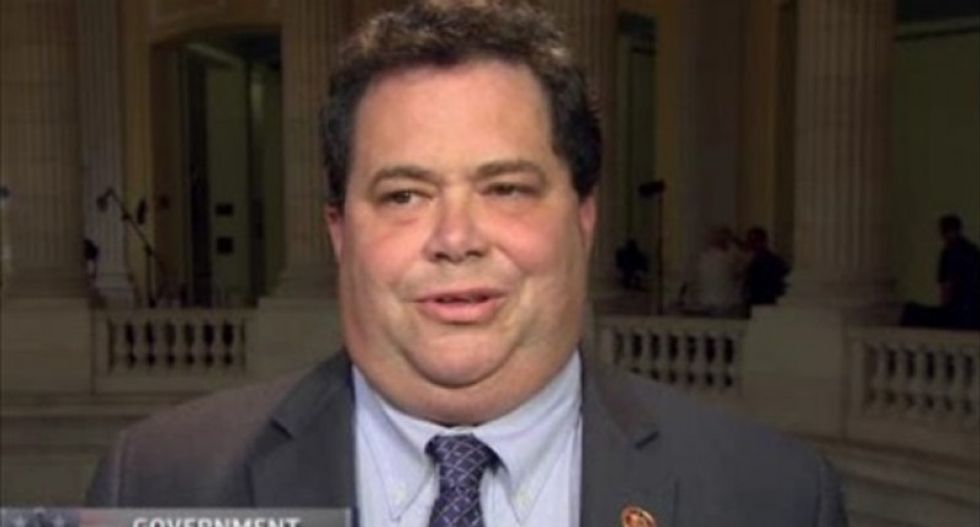 Rep. Barbara Comstock (R-VA) has called on Texas Rep. Blake Farenthold (R) to step down from his House of Representatives seat and return the $84,000 in taxpayer money he paid to hush up a sex harassment scandal.

According to a Saturday report from Politico, the question of whether Tea Party darling Farenthold should step down has divided the Republican caucus.

Speaker of the House Paul Ryan (R-WI) is not calling for Farenthold to resign -- in spite of the fact that he has called for Rep. John Conyers (D-MI) to resign over similar charges.

Comstock -- who is the Republican caucus' leading advocate against sexual harassment in the workplace -- said through a spokesman that Farenthold should resign. She also stipulated that the millionaire congressman should return the $84,000 he took from the U.S. Office of Compliance to pay a settlement to former staffer Lauren Greene.

"[H]e should pay back the money to the taxpayers," said Comstock's deputy chief of staff Jeff Marschner. "The Congresswoman would welcome a waiving of the nondisclosure agreement so the parties can come forward, particularly since we have not heard from the woman involved directly as we have in other cases.”

Both Greene and Farenthold are currently bound by a nondisclosure agreement from speaking about her complaint against the congressman and a top staff member.

When Marschner was asked if Comstock believes that Farenthold should step down, he replied, "Yes."

Greene sued Farenthold in 2014. Of the six members of Congress who have accessed funds from the Office of Compliance account since 2012, only Farenthold has used those funds to settle a case related to sexual impropriety.