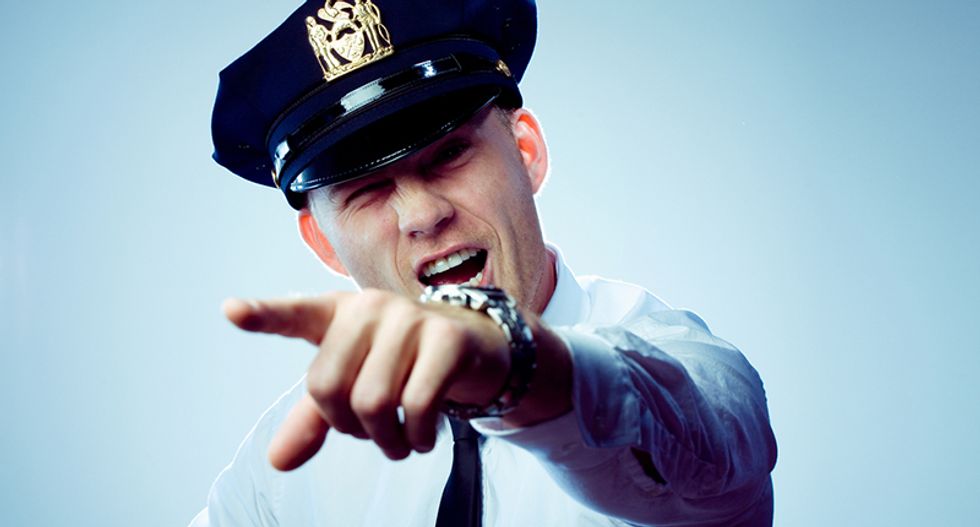 During a transgender awareness session set up for the Plainfield Police Department, a female captain answered a comment from a fellow officer by saying he wouldn't know because he has white male privilege.

It was unclear if the comment was a joke, but according to the IndyChannel, Captain Carri Weber has been put on administrative leave.

The video of the instructor doesn't show the participants of the training but they can be overheard. Halfway through the presentation, a 28-year veteran of the department spoke up citing statistics presented asking if it was true that transgender people are 3.32 times more likely to experience police violence than non-transgendered people.

"My life has never been part of police violence," the officer explained. "Most of the people that I know have never been ... accused the police of violence (sic), so I guess I don't get where that statistic comes from."

"'Cause of your white male privilege, so you wouldn't know," Cpt. Weber can be heard saying.

Those participating begin to speak up in apparent anger and the instructor attempts to get the room under control.

"Chief, are you going to let her get away with that?" another voice can be heard saying. "Seriously? I'm asking a legitimate question and I'm getting [unintelligible] white privilege? Are you serious? I find that extremely offensive ... I will leave."

It's unknown if the officer indeed left the room. A Nov. 10 complaint against Weber doesn't reveal his name.

The datapoint used is from a 2013 report from the National Coalition of Anti-Violence Programs. The survey used 2012 data from 15 anti-violence programs in the United States, however, Indiana was not one of them.

Watch the full report from The IndyChannel: