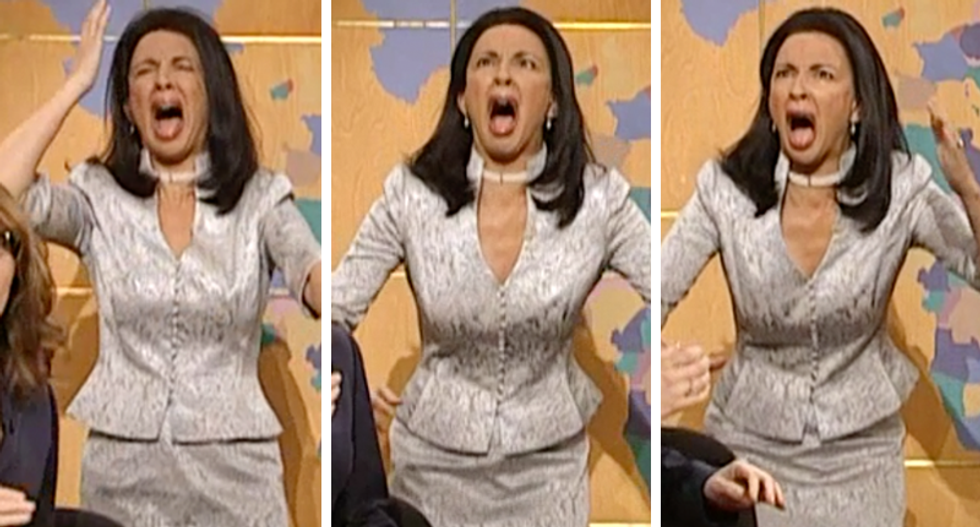 Almost 14 years before she was summarily fired from Donald Trump’s White House, Omarosa Manigault-Newman was booted from the president’s other reality TV show, “The Apprentice.”

In 2004, following her appearance as the “villain” on the show’s fifth season, the "woman America loved to hate” received the SNL treatment in a vintage segment that’s as cathartic today as it was in the early aughts.

“First of all, I’d like you to address me by my full name, Omarosa Manigault-Stallworth, and not by my first name which is disrespectful because I am a proud African-American woman,” she says.

“I cam here tonight because I feel I was misrepresented on the television program, ‘The Apprentice,’ and I’d like to tell my story,” she continues. “First of all, let me just say that Mr. Trump is a fool, for he should have named me ‘The Apprentice.’”

“Omarosa” goes on to explain her qualifications as a “strong, Nubian woman” who's “strength is only rivaled by the bionic man on a rock.”

“I didn’t get into this business being a wimp, and I’m not going to let anything beat me down,” she adds.

Watch the classic skit below, via NBC: