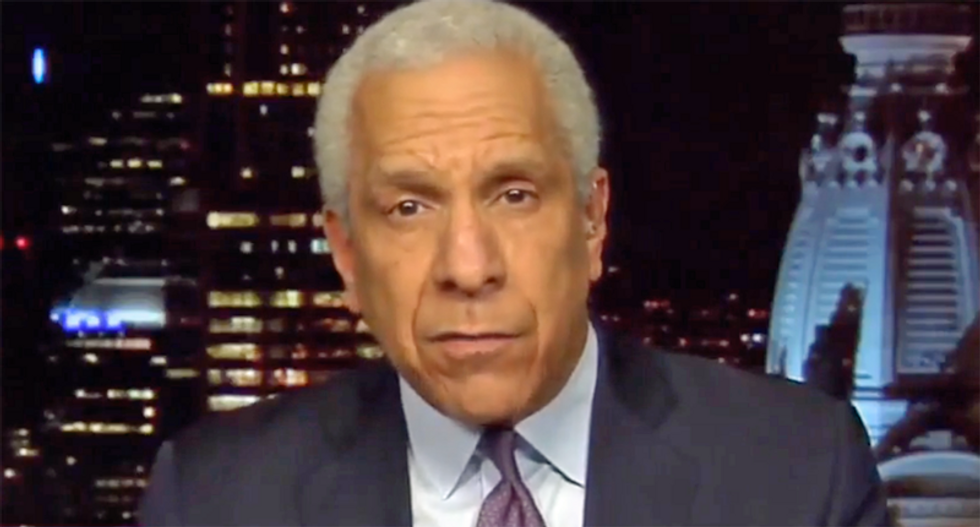 MSNBC Chief Legal Correspondent and host of The Beat, Ari Melber, examined Tuesday the public feud between Donald Trump lawyers Ty Cobb and John Dowd over whether it is possible for the president to commit obstruction of justice.

"John Dowd, President Trump's outside lawyer, outlined to me a new and highly controversial defense/theory in the Russia probe: A president cannot be guilty of obstruction of justice," Mike Allen reported Monday.

"Donald Trump's criminal defense attorneys are in a big fight with each other," Melber noted.

"The fight is basically embarrassing, because it shows that on one of the biggest questions facing this White House, does the president have exposure for committing a crime in office or while campaigning, his own lawyers cannot publicly agree and are making their case against each other in public," Melber explained.

Former Judge Timothy Lewis, who had served as a federal prosecutor and was appointed by a Republican to be federal appeals court judge, joined Melber to offer insight on the legal debate between Trump's attorneys.

"Walk us through your view of this constitutional debate about whether a president, any president, can -- as a legal matter -- potentially obstruct justice," Melber requested.

"Ari, these are serious times, these are of course very serious questions," Judge Lewis noted.

"It's unfortunate that we are at a point in this administration, or really any administration, where we have to address them yet again. So forgive me for not wallowing in academia or sugarcoating this in anyway. The answer is yes, of course, a sitting president can obstruct justice," Judge Lewis explained. "There is, in my mind, no question about that."

"You know, I'm sitting here this evening talking to you from Philadelphia, I'm only a few blocks away from where 241 years ago, our founding fathers signed the Declaration of Independence," Judge Lewis reminded. "And one of the charges against the King of England at that time was the obstruction of the administration of justice."

"This is embedded in our history, our laws. We fought a war to be free of that sort of thing, that sort of tyranny," Judge Lewis continued. "We have developed a body of law and a culture that respects certain norms and certain -- we have certain expectations of the behavior of our leaders and of our office holders."

"What does it say that Trump's lawyers are having this fight in public tonight?" Melber asked.

"I don't want to get into the manner of which Trump's lawyers have chosen to represent him. Let me just say that it is not the most artful performance I have seen in my years," Judge Lewis concluded.