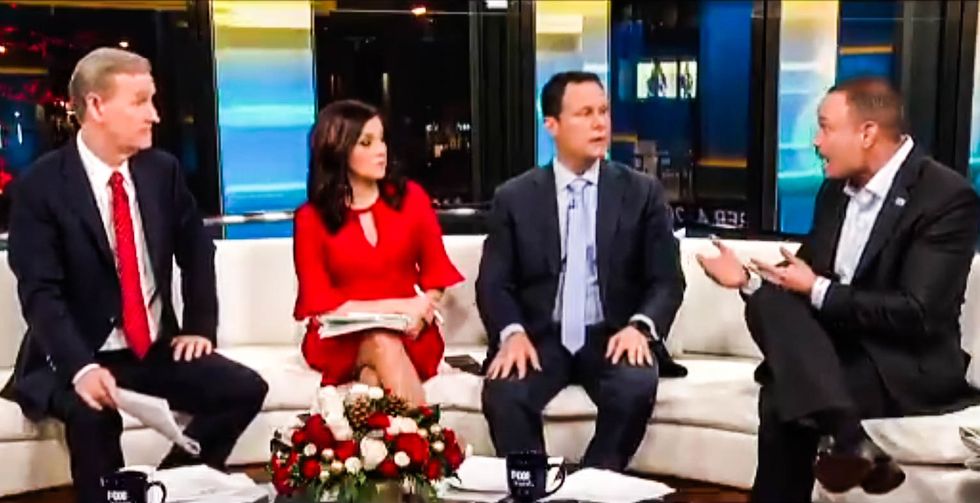 Appearing on "Fox & Friends," Bongino said that special counsel Robert Mueller's investigation so far has failed to produce any evidence of collusion with Russia, despite getting both Flynn and former campaign aide George Papadopoulos to plead guilty to lying about their Russia contacts to the FBI.

"So far, you've got two fibbers," Bongino told Fox. "You've got Flynn and you've got Papadopoulos, and that's for fibbing."

At this point, "Fox & Friends" host Steve Doocy interjected to point out that it still isn't good that President Donald Trump's national security adviser has pleaded guilty to a crime.

"You can't, it's unquestionably a crime," Bongino conceded. "But you can't jaywalk either. The point is, are you using it because there's really a crime of national interest, or are you using it to shake down Flynn, which is what I believe happened."