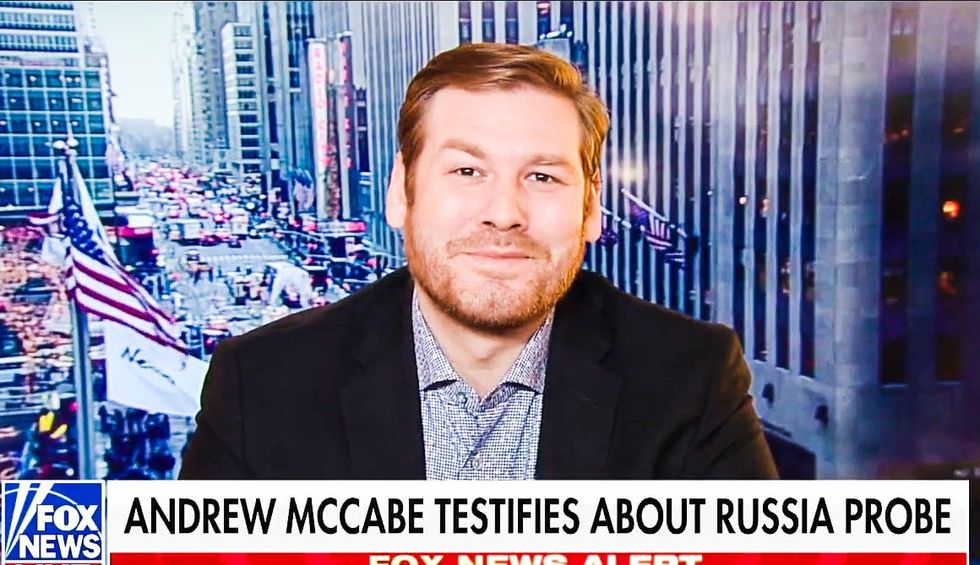 A Fox News guest on Tuesday absolutely roasted the network's attempts to attack the FBI as a way to discredit special counsel Robert Mueller's probe into Russian interference in the 2016 presidential election.

During a segment on FBI agent Peter Strzok's anti-Trump text messages that he sent during the 2016 presidential election campaign, guest Ben Kissel mocked the notion that the FBI is filled with wild-eyed left wingers who are chomping at the bit to take down a Republican president.

"I think this is making a mountain out of a molehill here," Kissel said. "There is no liberal witch hunt going on with the FBI in an attempt to get Donald Trump. The FBI isn't some hippie organization filled with people... wearing Birkenstocks and going to Flaming Lips concerts. They're serious individuals and they're able to hold personal opinions, and it does not necessarily impact their professional life."

Fellow panelist Lawrence Jones, however, disagreed with Kissel's take and said that Stzrok's text messages showed that the entire Mueller investigation has been compromised. Kissel again laughed off this assertion.

"His deputy Attorney General [Rod] Rosenstein appointed Mueller!" Kissel said. "It wasn't as if Mueller was chomping at the bit to have the investigation go down."