Fox host to Kirsten Gillibrand: 'If you want to be treated equally' then you're asking Trump to call you wh*re 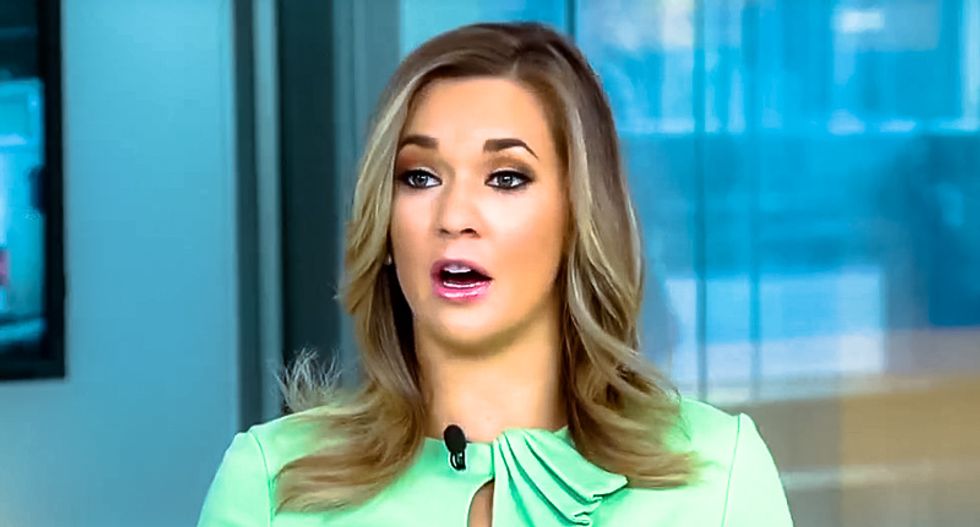 Fox News host Katie Pavlich on Tuesday said that Sen. Kirsten Gillibrand (D-NY) should have expected that President Donald Trump would suggest she is a whore because she called for his resignation.

After several women came forward this week to say that Trump had sexually harassed or abused them, Gillibrand drew Trump's ire by calling on him to step down.

Lightweight Senator Kirsten Gillibrand, a total flunky for Chuck Schumer and someone who would come to my office “b… https://t.co/L8fAyMgZ8M
— Donald J. Trump (@Donald J. Trump) 1513083815.0

On Thursday, Pavlich suggested that Gillibrand was attacking Trump to bolster a 2020 presidential bid.

"She called for Sen. Franken (D-MN) to step aside, not because she cares about his behavior but because if she does that, there's an equation that goes on that means that the president, of course, has to step aside," she opined. "Did the president have to respond with a tweet to that? No. Was it a little bit crass? Yes. Did it have language he has used against men? Yes."

"Feminists have this idea that they want to be in the playing field and equal to men," Pavlich remarked. "However, when they are treated with the same language or the same aspects of a situation, they then come back and cry sexism."

According to the Fox pundit, Gillibrand "can't have it both ways because then they're going to treat you differently."