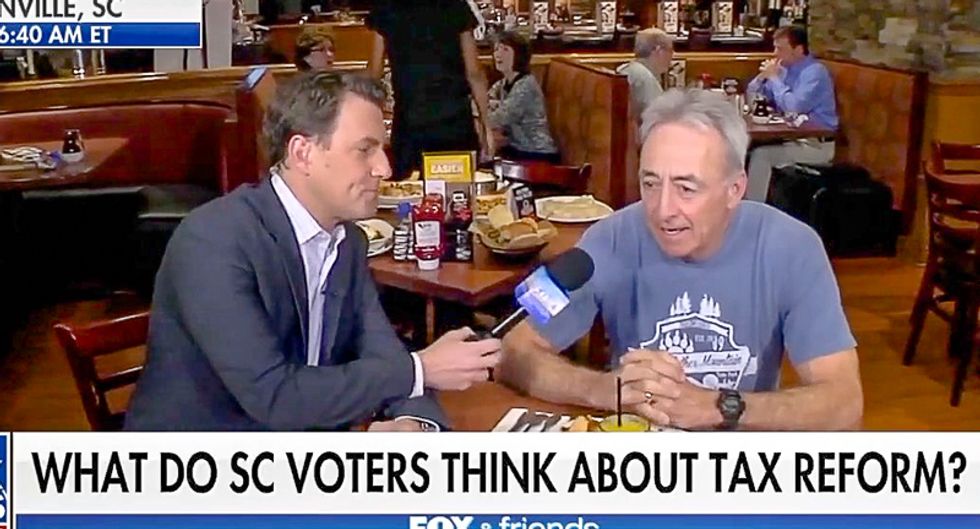 A Fox News guest asserted that wealthy Americans are more deserving of tax cuts because "rich people never got a job from a poor person."

Piro spoke to a customer named Dan, a Trump voter who is "excited about tax reform."

"You told me that you are actually disappointed in tax reform in the sense that it's not going to be for everybody," Piro explained. "You think it should even be for the rich. Why do you say that?"

"Rich people never got a job from a poor person," Dan replied. "So if everybody gets a tax cut, that's the best for everybody."

"Armageddon is what we've been experiencing over the course of the last eight years if you asked me," he added.

A Washington Post analysis found that the tax reform plan is "probably the most regressive tax cut in the past 50 years."

"The Trump plan and the 2003 Bush cuts were harder on the middle class than anything else in our sample, with both giving outsize benefit to those earning more than $100,000 a year in the first year after implementation," the paper noted.