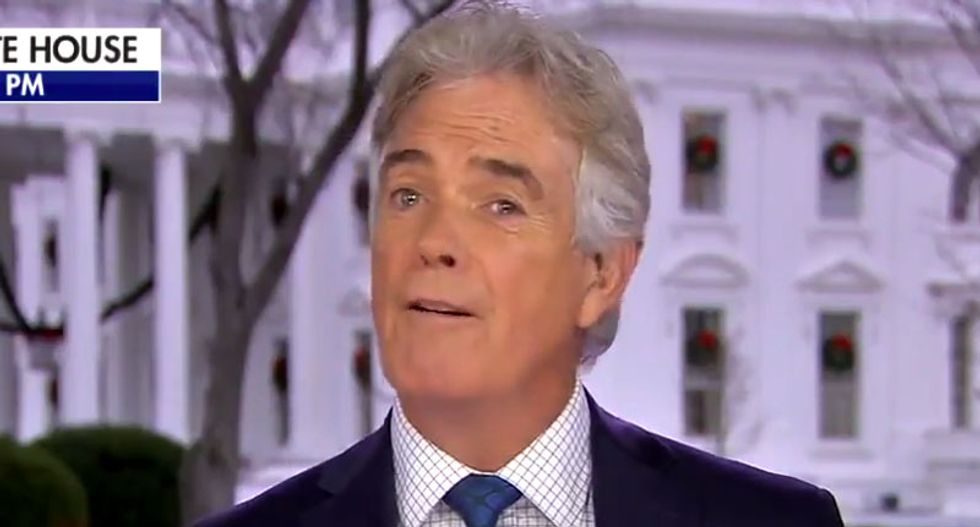 "The White House disabusing us of any notion that this is a campaign event related in any way to Roy Moore," Roberts told Smith. "I'm being told by White House officials there's nothing in the president's prepared remarks related to Roy Moore or his Democratic opponent Doug Jones."

He noted that the White House said Trump would be talking about things like the Republican tax reform plan and border security.

"This is going to be a lot of red meat to conservatives," Roberts said. "Many of whom will be in Alabama, just nine miles away from where the president will be speaking -- people he hopes will get out to the polls on Tuesday and vote for Roy Moore. But it's not an event about Roy Moore."

"No, of course not," Smith quipped sarcastically. "Silly to even think of such a thing."