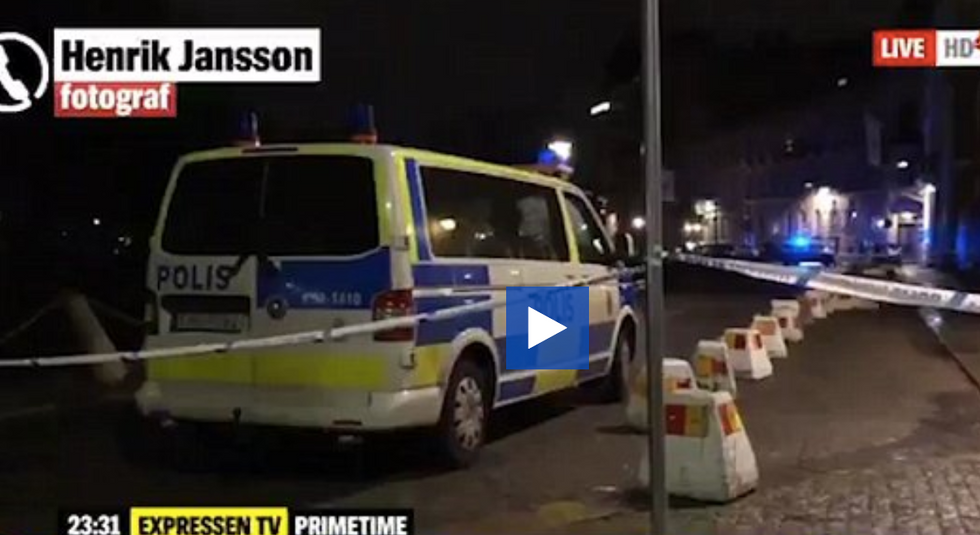 Police vehicles at the scene of a synagogue bombing in Gothenberg, Sweden (Screen capture)

A gang of at least 20 men reportedly hurled Molotov cocktails or some other form of firebomb at a synagogue in Gothenburg, Sweden on Saturday night, said The Daily Mail.

Police are currently at the scene.

The Hill reported that police detective Peter Nordengard told reporters that no part of the synagogue ignited and that no one was hurt.

UPDATE: According to The Express, Jewish students took refuge in the building's basement during the attack. Police have confirmed the use of Molotov-style gasoline bombs in bottles.

"There are several molotov cocktails that have been thrown against the synagogue," said a police spokesman. "It's about bottles and gasoline."

Two cars in the building's parking lot were reportedly damaged, but the building itself was unharmed and no injuries have been reported.

The people who attacked the synagogue wore masks to hide their faces, according to people who witnessed the attack.