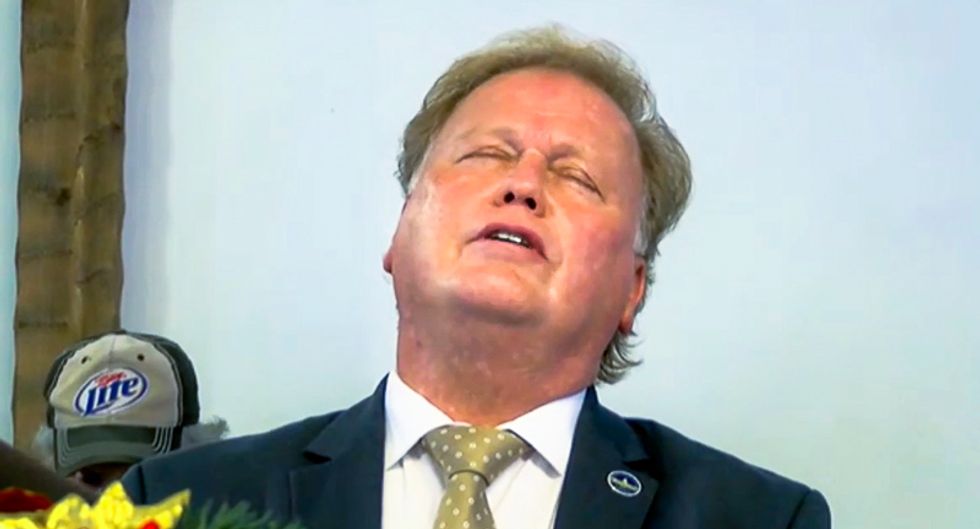 Maranda Richmond told Louisville Public Media that when Johnson was her preacher years ago, he sexually assaulted after she went to sleep at a New Year's party.

That night, she woke after settling in on the sofa. She was groggy, unfocused. But she saw Johnson kneeling above her. He gave her a kiss on the head. She thought it fatherly, nothing out of the ordinary, simply one last goodnight gesture.

Then he started to stroke her arm. He slid his hands up, under her shirt and bra, and groped her. He stuck his tongue in her mouth. Then, he forced his hands down her pants, underneath her underwear, and penetrated her with his finger.

She begged her pastor to stop and tried to force him off, quietly. She remembers not wanting to awaken Sarah. But Johnson was a big man, roughly twice her weight.

He told her she’d like it. She said no, she didn’t. She pleaded with him: go away, go away.

Johnson held a press conference in the pulpit of Heart of Fire Church on Tuesday to counter Richmond's accusations.

The press conference began with Johnson and his supporters singing a Christian hymn about baby Jesus.

He then went on to deny the allegations.

"There's no perfect people," Johnson said. "This allegation concerning this lady, this young girl, absolutely has no merit"

"I don't want to blast this girl, I have compassion for her," the lawmaker insisted.

"It is the season. Last election it seemed to be racism. This election it seems to be sexual impropriety," Johnson complained. "People want to go back over my whole entire life."

The lawmaker added: "There's no reason I would resign"

Watch the press conference below.