'He has a lot of answers to give': Sen. Blumenthal says spotlight now on Kushner after Flynn rolls over 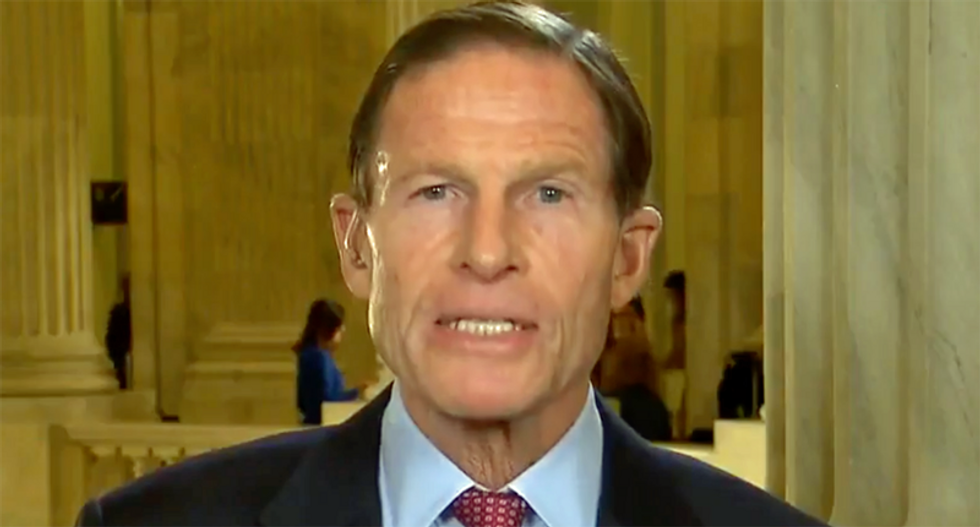 "When you see that this is Michael Flynn in this key role that he played in the transition in the campaign, in the administration and he has pleaded guilty, what does that say to you?" Keiler wondered.

"What it says to me, Brianna, that this acknowledgement of criminal guilt is a shattering moment for the Trump presidency because Michael Flynn is one of the inner circle, one of the top advisers, not just on any old topic, but national security," Senator Blumenthal explained. "And he is a potential witness against Jared Kushner, against other top officials if they fail to be truthful with compelling knowledge and deep credibility because of his position."

"Is this what you see as the beginning of the end for President Trump?" Keiler asked.

"I would call it not the beginning of the end, but the end of the beginning, because Michael Flynn has knowledge that may implicate other top advisers, two are referenced in the statement of information. The point here is it's not only relevant to Russian collusion, but obstruction of justice," Blumenthal answered. "That kind of familiarity, the ease and this content and the substance of those conversations indicates a pattern and practice of dealing in the past and possible collusion between the Trump campaign and the Russians."

"CNN now reporting, senator, that Jared Kushner, the president's son-in-law and senior adviser was the, quote, very senior member of the Trump transition team who directed Flynn to contact foreign governments, including Russia, on that U.N. resolution. What do you see this meaning for Jared Kushner?" Keiler probed.

"It is increasingly apparent that Jared Kushner knows more than he's telling," Sen. Blumenthal answered. "So short answer is he has a lot of answers to give about what he knew and when he knew it about this illegality."