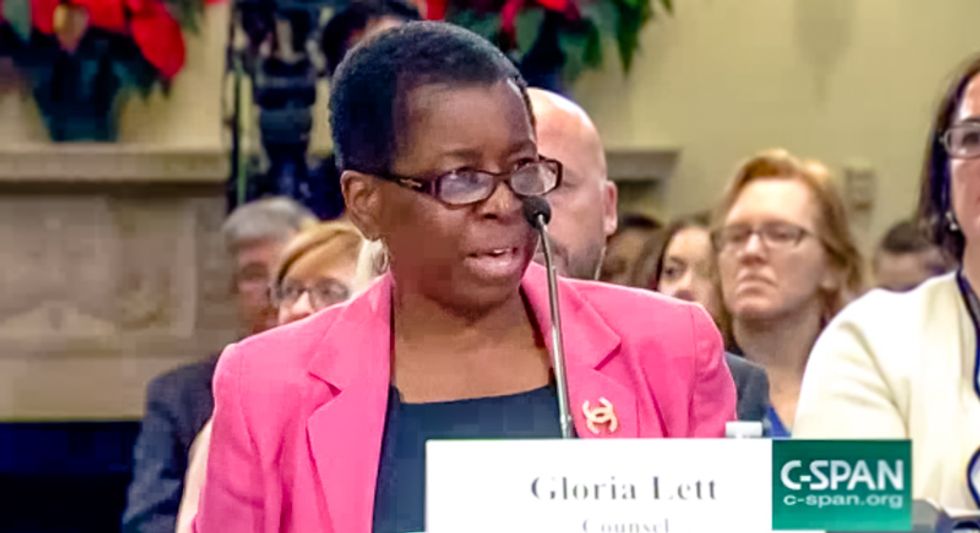 During a Congressional hearing on Thursday about sexual harassment in the workplace, one federal employee revealed that a former boss had brought a whip to work and claimed it was to "motivate" the black employees.

Gloria Lett, counsel for the Office of House Employment Counsel, testified to the House Administration Committee that "sexual harassment is a form of unlawful discrimination, just like discrimination based on race, color, religion, national origin, age and disability."

Lett went on to reveal that she had a personal history of facing discrimination and being sexually harassed.

"On a personal note, like most women in this country, I have experienced sexual harassment in the workplace," she explained. "It occurred during the early part of my employment and my way of dealing with it was to leave a job that I liked."

"As a woman of color, I have also experienced race discrimination in the workplace," Lett said. "I worked for a private company where a white manager brought it in a whip, which he prominently displayed in his office. And when questioned about it, he said he wanted to -- quote -- unquote -- motivate the black employees."