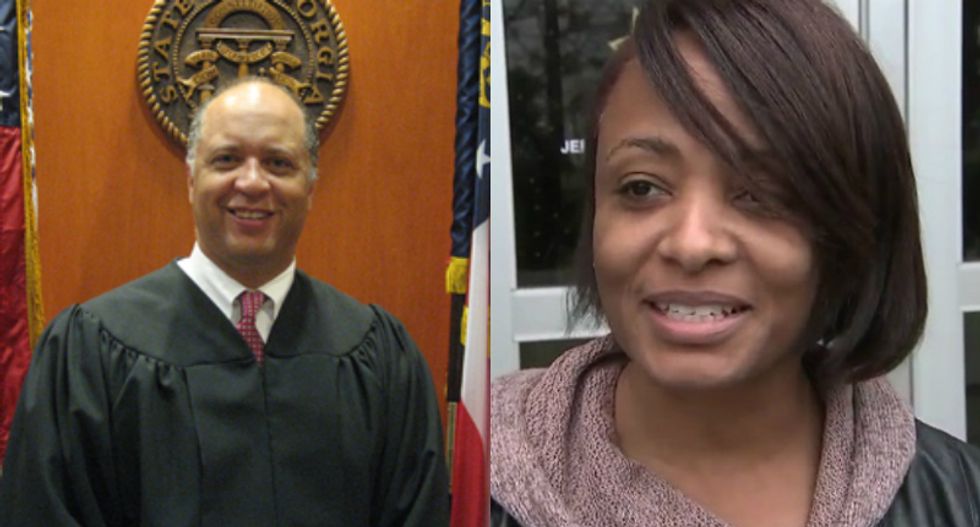 A municipal judge in Decatur, Georgia has resigned after publication of a controversial jail sentence he gave a woman who he claimed lied about a traffic ticket.

As the Atlanta Journal-Constitution reports, Judge Lindsay Jones, who was a municipal court judge in the Atlanta suburb, sentenced Shari Hurston Tatum to two days in jail on November 8 after he claimed she was guilty of perjury for lying about a traffic ticket.

Tatum, who "waived her right to an attorney and jury trial, but demanded a bench hearing," was sentenced to jail time during her 20th wedding anniversary because Jones said video of her traffic violation that resulted in her ticket proved she was lying.

When the Journal-Constitution first reported on the story last Thursday, Judge Jones insisted that he didn't resign before Decatur Chief Municipal Judge Rhathelia Stroud, but on Monday Decatur City Manager Peggy Merriss confirmed that he had resigned. Chief Judge Stroud also confirmed that Jones "tendered his verbal resignation" shortly after the report was published.

Donald Trump's expected 2024 comeback attempt should alarm Republicans focused on taking back the White House from Democrats, according to a new CNN analysis.

Russia will on Friday begin its plan to annex around 15% of Ukrainian territory via referendums in four regions controlled by Russian forces, a move the West says is a gross violation of international law that significantly escalates the war.

After nearly seven months of war, and a critical battlefield defeat in northeastern Ukraine earlier this month, President Vladimir Putin explicitly backed the referendums after the Russian-controlled regions lined up to ask for swift votes to join Russia.

Lauren Boebert 'can go to Iran' if she wants religion directing the government: Rick Wilson

His remarks came in the middle of a discussion about a new Lincoln Project ad slamming Pennsylvania GOP gubernatorial candidate Doug Mastriano for his close ties to Gab, a far-right social media platform that has become a nexus of anti-Semitic hatred.