Kellyanne Conway: If Roy Moore loses it's because of a 'sneak attack' 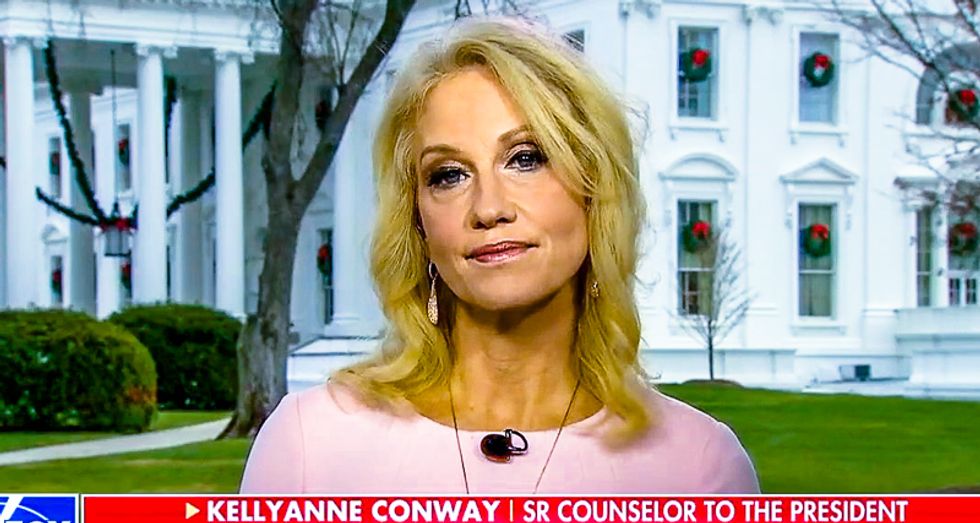 White House counselor to the president Kellyanne Conway on Tuesday accused opponents of Alabama Republican nominee Roy Moore of engaging in a "sneak attack" to undermine his campaign with accusations of child molestation.

During an interview on Fox News, host Bill Hemmer asked Conway if she agreed with former GOP presidential nominee Mitt Romney's opinion that electing Moore would be a "stain" on the Republican Party.

"The president has made clear that he does not want [Democratic candidate] Doug Jones in the Senate," Conway insisted. "It would be a sneak attack of a liberal vote, a vote against the shared agenda of tax cuts, the Second Amendment."

"Does he think Roy Moore would be a stain?" Hemmer pressed.

"The president spoke with Roy Moore yesterday and he has given him his endorsement," Conway explained. "It's very clear now that Mr. Moore is not stepping aside, he is the candidate on the ballot. The election is in one week."

"The most important thing is to let the people of Alabama decide the election," she concluded.

Just last month, Conway had suggested that she opposed Moore, saying, "no Senate seat is worth more than a child."