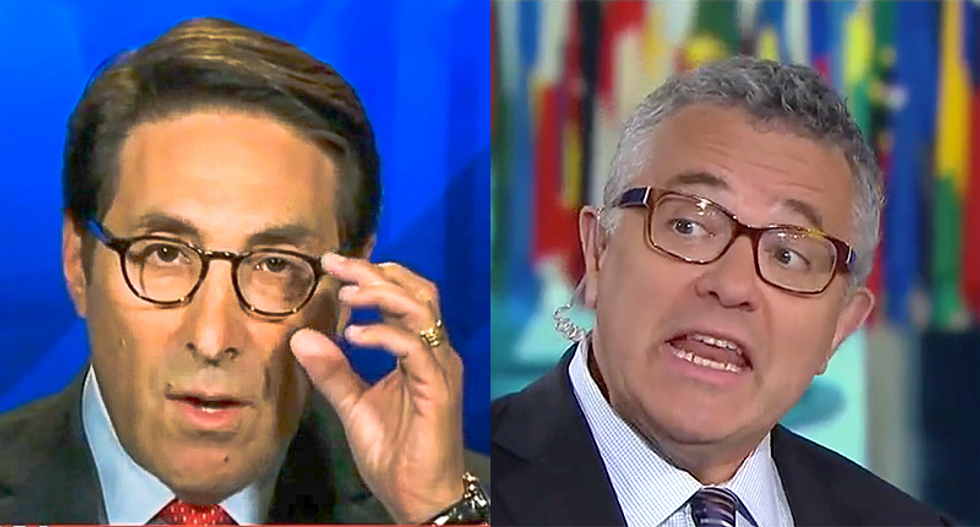 “I’m not concerned about these bizarre theories,” Sekulow told Toobin. “There is no basis for saying, under the law or the facts, that any of this behavior during the campaign was criminal.”

Other experts disagree with Sekulow's conclusion.

“Foreigners can’t contribute to federal, state, or local campaigns, and that doesn’t just cover cash contributions,” Kathleen Clark, a professor at the law school of Washington University in St. Louis, explained. “According to the statute, if a campaign solicits a foreigner to give a ‘thing of value’ to a political campaign, that would be illegal as well.”

The hacking of the DNC could also provide Trump associates with legal exposure under the 1986 Computer Fraud and Abuse Act.

“If there is an agreement to commit hacking, it doesn’t matter if the people in the Trump campaign didn’t do the actual hacking—it just matters that they knew someone else would do it. There just needs to be an agreement that one or more will do it,” Orin Kerr, a professor at George Washington University Law School and computer law expert noted. “They just need to have encouraged the hacking.”

A recent Supreme Court decision, Rosemond v. United States, expanded the definition of aiding and abetting to include assistance after the crime has been committed.

“Rosemond suggests that you can be held liable for the full crime even if you don’t know about every single element in advance. In this context, it may mean that the Trump-campaign officials can be prosecuted for aiding and abetting the hacking even though they did not know about it when it was done," Brookings Institution fellow and former lawyer at the National Security Agency Susan Hennessey explained. "By joining in the distribution of the hacked e-mails, they aided and abetted the commission of the crime.”

Toobin suggests that obstruction of justice will be easier for special counsel Robert Mueller to prove.

"Unlike 'collusion,' the crime of obstruction of justice is well established and easy to understand," Toobin noted. "The issue is at the heart of Mueller’s mandate because a possible obstruction of justice—the President’s decision to fire James Comey—gave rise to the creation of the special-counsel position in the first place. The crucial issue in the Comey firing is whether the President had a corrupt motive for the dismissal."

Toobin also suggested that Trump could be impeached under a lesser-known part of impeachment provisions focused on bribery.

"Trump’s financial affairs, especially with regard to Russia, remain opaque, but it’s possible to imagine how they might give rise to an impeachable offense. A straight payoff to Trump—cash in return for, say, a relaxation of the sanctions imposed by President Obama on the Putin regime—would certainly be impeachable even if it were not technically a crime under American law. Trump’s known business dealings suggest the possibility of a quid pro quo with Russian interests," Toobin explained. "In 2015, for example, Trump signed a 'letter of intent' to build a tower in Moscow. Felix Sater, a Russian associate of Trump’s, wrote of the project, in an e-mail to Trump’s attorney Michael Cohen, 'Our boy can become president of the USA and we can engineer it. . . . I will get all of Putins team to buy in on this, I will manage this process.' That deal never came to fruition, but the intent expressed on both sides is deeply troubling."